We are again off to Nottingham today for this edition of “Picture in Time” as we take a look at one of the advertising liveries carried on a tram.

For the first ten years of Nottingham Express Transit the lowest numbered tram, 201, seemed to be one of the trams of choice for advertising liveries. Starting off in a design for Powergen – a contract which lasted until 2008 in two different styles – by the time of the below photo on 4th June 2008 there was a new advertiser on the tram. This time it was My Nottingham Jobs.co.uk and as is often the tradition it included the standard fleet livery being retained on the cab ends.

We see 201 here just arriving at Phoenix Park with its orange advertising vinyls seen (the other side featured a blue background). The tram’s destination display has already been updated for a return journey to Station Street. 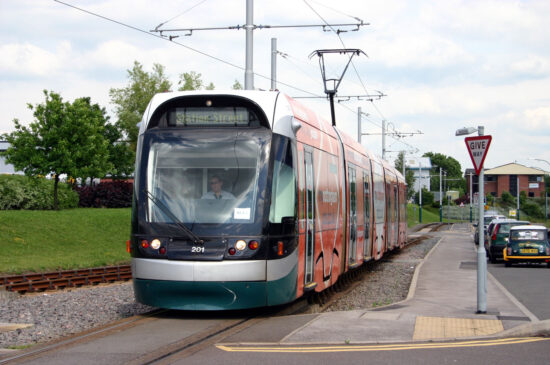