Another look back into the archives with this edition of “Picture in Time” featuring Nottingham Express Transit.

The last of the 15 Incentro trams built for the opening of Nottingham Express Transit, 215 entered service along with its sisters in March 2004 when public services commenced. Its name was voted for by listeners of a local radio station and it has carried Brian Clough on its side since.

We see the tram just leaving the viaduct leading to and from Station Street (and now beyond following the phase two extensions) with a service heading out to Phoenix Park. The date is 7th June 2007. 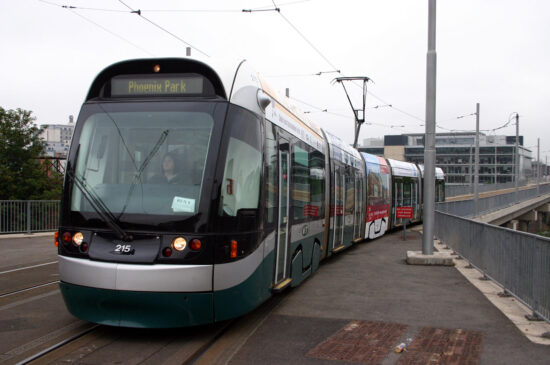