Around the World in Trams: Stockholm 333

Posted on Saturday 7 May 2022 by Gareth Prior

Another visit to Sweden for today’s edition of “Around the World in Trams”.

The tram featured today is another of the museum fleet – no. 333. Built in 1949 this Hagglund A31 (initially a M23) originally operated in Gothenburg where it was numbered 30. It was transferred to Stockholm in 1988 becoming part of the museum fleet where it still sees use today.

We see two views of the tram below on 23rd July 2010. The tram is carrying an advert for Gorona Lund, an amusement park in central Stockholm. 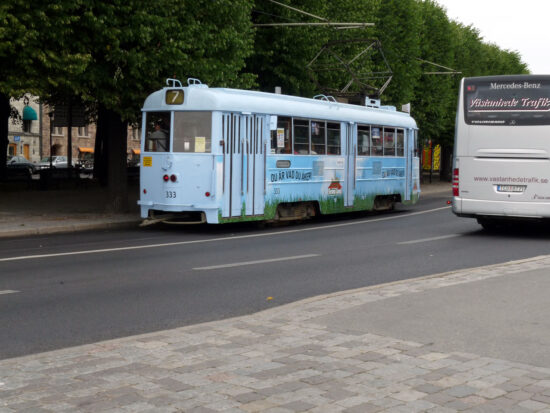 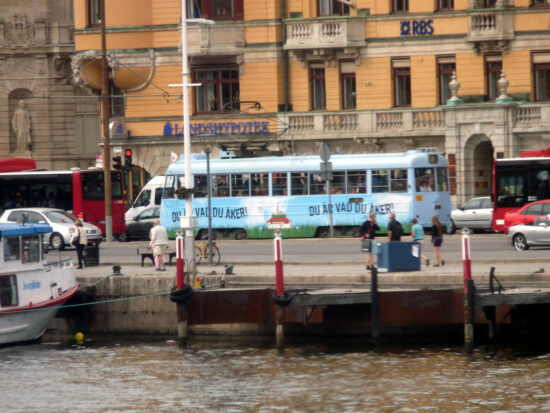 Both Photographs by John Moore

2 Responses to Around the World in Trams: Stockholm 333