The West Midlands Metro extension from Wednesbury to Brierley Hill is slated for an opening in 2023 which means that construction works are now starting to progress at a pace (considering that 2023 is next year!). In this latest photo update from the extension we take a look around Dudley to see what work is taking place, and this includes the laying of the first sections of new track on the line.

The extension will run for 11km branching off the current West Midlands Metro line just east of the current Wednesbury Great Western Street stop before it heads through Tipton and Dudley on its way to the terminus at Brierley Hill. Running mostly on a former rail corridor the line will also include on-street running and there will be up to 17 stops built. In order to accommodate enough trams to operate the service there will be associated works at Wednesbury Depot to extend that and the blurb from the Midland Metro Alliance still states that there will be investigations to see whether sections of the line can be built without overhead wires. 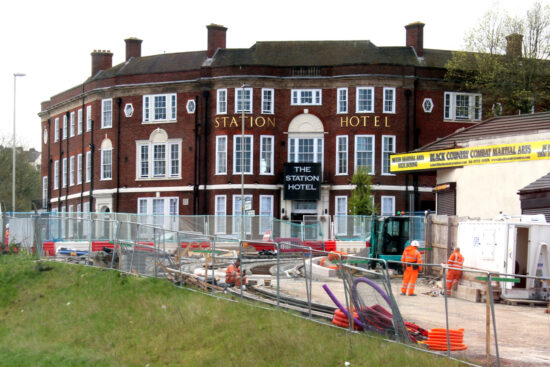 Track laying in progress at the top of the ramp that brings the tramway up from the old railway trackbed level to access the street running section through Dudley Town Centre. View looking south-west towards Castle Hill at the junction with Trindle Road. 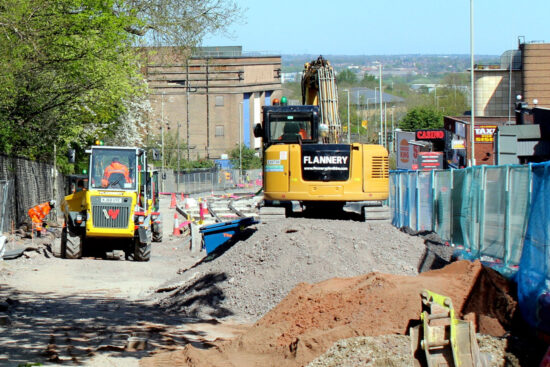 Construction underway in this view looking north-east along the A459 Castle Hill in Dudley. 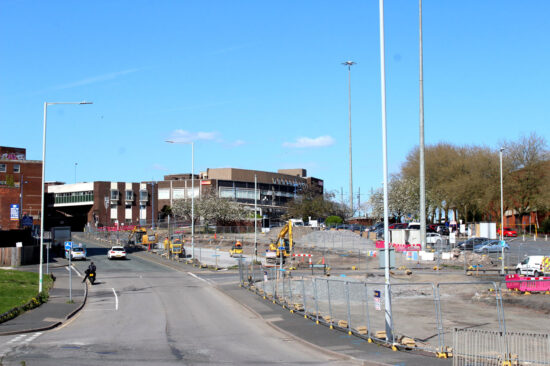 New tramway right of way being created along the eastern side of Flood Street on the south side of Dudley Town Centre. A stop bearing the name of the street is to be located here. 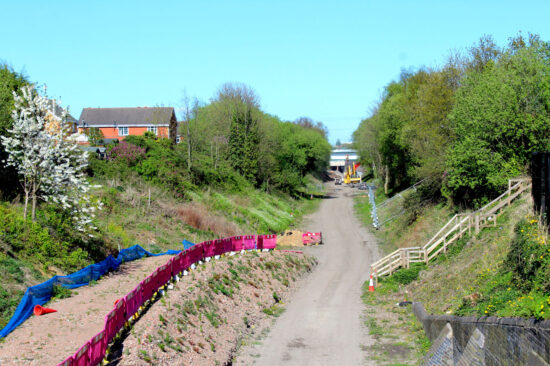 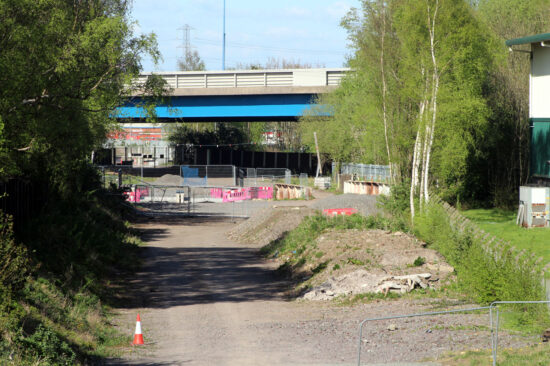 View looking north-east along the old railway trackbed towards the A41 Black Country New Road bridge at Harvils Hawthorn. (All Photographs by Mike Haddon, 22nd April 2022)