It may not be a new phenomenon but tram surfing has again been proving an issue in Manchester and in order to try and combat the problem trams on Metrolink have started to receive new warning notices. The small notices are on both the ends and the nearside front under the drivers window but whether they cause anyone to think twice will remain to be seen.

As part of their ongoing anti-social behaviour campaign along with Greater Manchester Police, Transport for Greater Manchester have been increasingly concerned in recent months of the act of tram surfing, not only on the ends of the trams but also even more dangerously on the couplers between two trams when running as a double. There have been a number of incidents of this with the risk of the youths involved in this behaviour falling off and suffering significant life changing injuries very high. 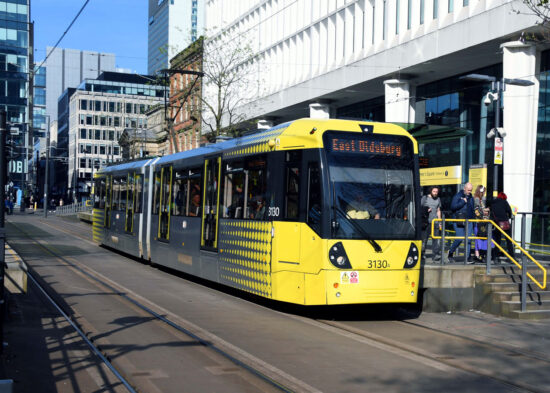 The white backed stickers are clear to see on 3130 at St Peter’s Square. 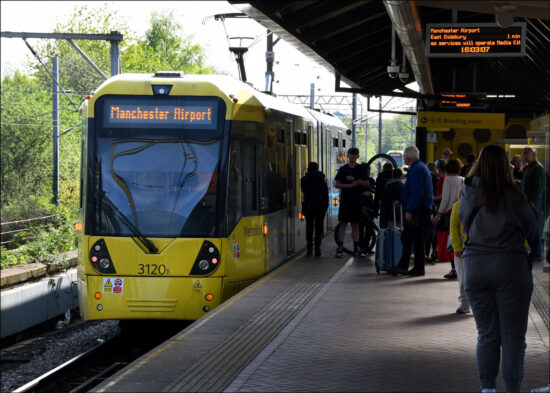 They are also placed on the nearside under the drivers windows as we see on 3120 at Cornbrook. 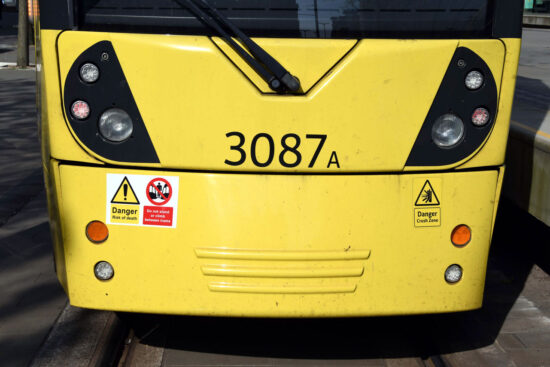 The older “Danger Crush Zone” notice is seen on the right of 3087 here as the newer stickers dominate the left. 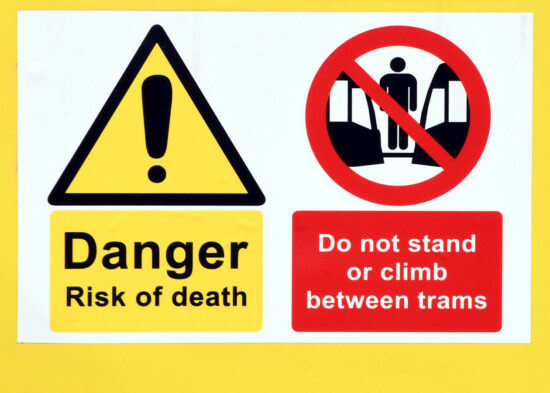 The new notice is seen here up close. There can be little doubt of the warnings but will they be heeded? (All Photographs by Roland Bull, 21st April 2022)