Out and About: Trams diverted in Manchester

For a week in late March all trams through Manchester City Centre were diverted via 2CC with the original city crossing closed to allow for rail replacement works to take place. In this edition of “Out and About” we take a look at some of the sights seen during these diversions. 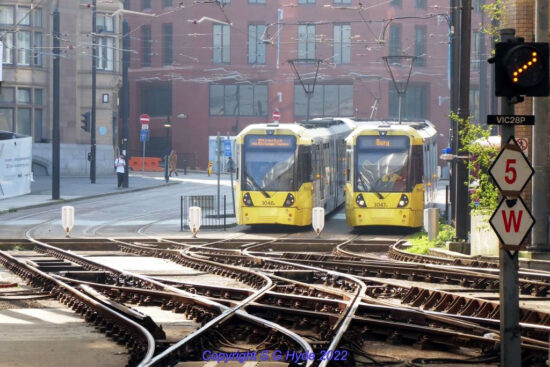 At Victoria 3040 & 3046 on a Bury to Altrincham service and 3047 on an Altrincham to Bury trip are seen crossing Long Millgate. Both are running via Exchange Square as 1CC services were diverted via 2CC due to track renewals in Piccadilly Gardens. 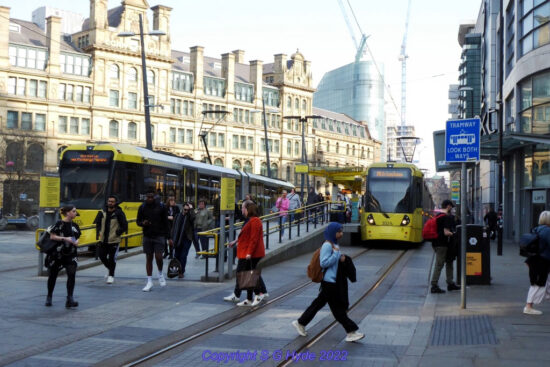 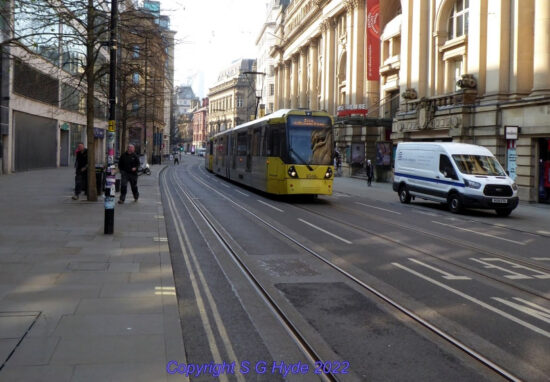 On Cross Street 3048 is seen on an Altrincham to Bury service diverted via Exchange Square and 2CC due to track renewals. 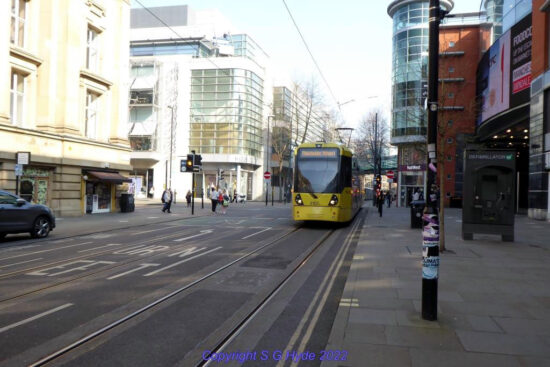 Still on Cross Street 3107 on a Victoria to Manchester Airport trip approaches the camera having just left Exchange Square diverted via 2CC due to track renewals. (All Photographs by Steve Hyde, 24th March 2022)