Posted on Thursday 7 April 2022 by Gareth Prior

The pandemic has meant many things have been put on hold, and that has included celebrations of many types. Manchester’s Heaton Park Tramway had originally been due to celebrate their 40th anniversary at the end of March 2020 but just days before the country went into the first lockdown and so all plans were put on hold. Little did anyone know at the time but the celebrations would be delayed for a full two years with the 40th(+2) birthday event finally being able to take place on Sunday 3rd April; this was also the first day of the 2022 operating season.

Never a tramway to let a good celebration go to waste all operational trams ran during the day starting off at 1100 with a parallel run from Middleton Road Depot to the Park Gates on Middleton Road. Using Hull 96 and Manchester 765 this run also saw the gates flung open with 765 seemingly attempting another escape from the Park tramway (it obviously didn’t escape though!).

During the day there were four trams in service, although not all at the same time. With the day starting with 96 and 765 on a two car service the Hull car returned to Middleton Road Depot yard at around 1300 with the other two operational trams entering service at that point in time to allow a three car service. These two were, of course, Stockport 5 and Blackpool 623. Passenger loadings in the early afternoon were healthy with 623 and the top deck of 5 proving particularly popular (showing once more the lure of an open topper is always hard to resist!).

Away from the operational trams and Manchester 173 was displayed on the siding outside Middleton Road Depot whilst Blackpool Railgrinder 1 and Blackpool 702 were posed outside Lakeside Depot. Blackpool 619 was just inside Lakeside Depot with Oldham 43 also visible at the rear of the depot.

At Middleton Road Depot the two newest acquisitions in the Manchester Transport Museum Society collection were also displayed – the 7.25” gauge trams of the Wootton Tramway. Collected from the widow of the late Howard Burford on the Isle of Wight last year this was the first time that 96 and 27 have been on display since arrival in Manchester. They have been given new local destination blinds and it is planned that they will be painted into approximations of the liveries of nearly systems from which there are no survivors. Eventually the two will become ambassadors for the tramway at events with the portable track to be used.

The event once again showed how the volunteers at the tramway know how to put on a show with plenty going on to keep everyone happy.

Looking to the future and it is hoped that work can start on the restoration to operational use of Blackpool Railgrinder 1 in the near future. Currently sidelined with motor issues it needs a full rewire as well as a repaint and waterproofing. A gofundme appeal to raise £15,000 remains open. You can read more on the appeal and donate at https://www.gofundme.com/f/help-restore-our-blackpool-works-tram. 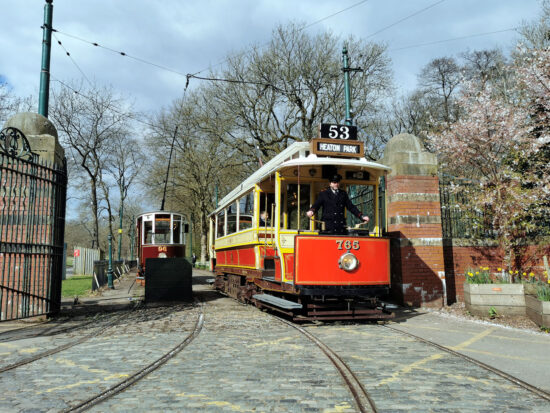 Manchester 765 attempts to escape from Heaton Park! The Middleton Road Gates are opened up with 765 as far as it can go on the tramway. Hull 96 hides on the left. (Photograph by Joshua Haworth) 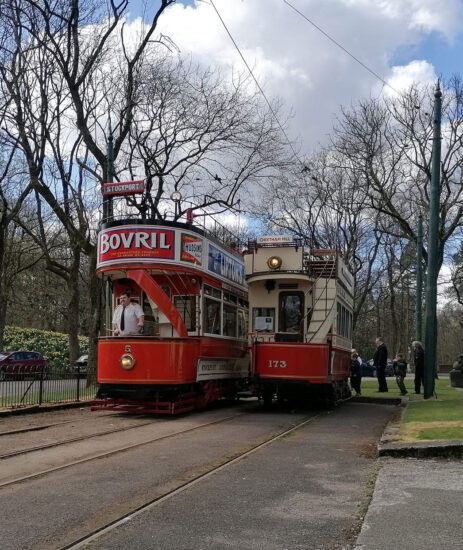 Manchester 173 was displayed in its usual position for events of these type on the siding outside Middleton Road Depot. Here we see Stockport 5 passing. 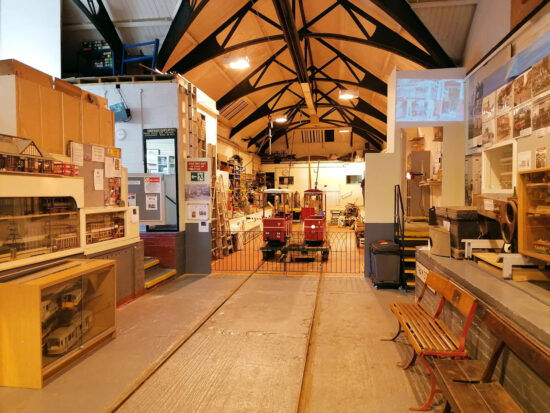 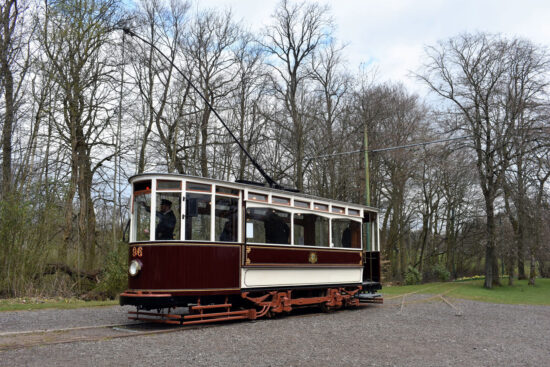 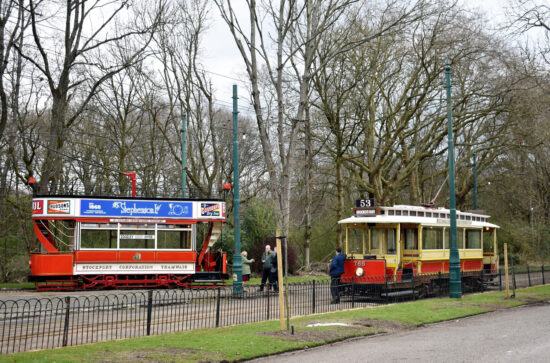 Stockport 5 waits to enter service outside Middleton Road Depot with Manchester 765 on the operating line. (Photographs x2 by Donald Brooks) 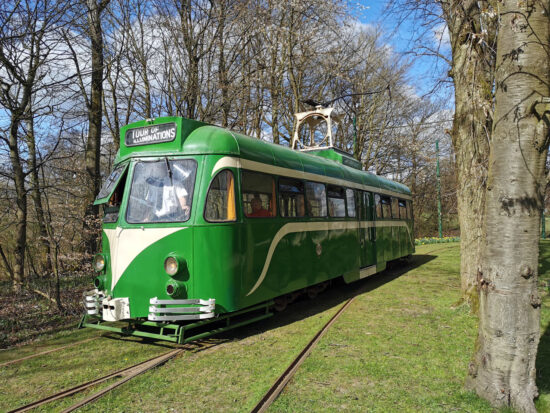 Blackpool 623 was the fourth tram in service. Its just making its way to the Lakeside terminus here. (Photograph by Joshua Haworth)

This entry was posted in Event Reviews, Heaton Park Tramway. Bookmark the permalink.

4 Responses to In Pictures: Heaton Park Tramway celebrates 40 years (and a bit more!)