Posted on Friday 25 February 2022 by Gareth Prior

One final image from Midland Metro before “Picture in Time” moves location again.

Midland Metro’s T69 05 was the fourth and final of these trams to receive the Network West Midlands Silver and Magenta livery with it returning to service in February 2009 in this style having spent two years out of action after receiving accident damage. It would spend six years in service in this livery before being withdrawn in March 2015. 12 months later and it was off to Long Marston and then a couple of years later it made that fateful final trip to Rotherham to be scrapped. 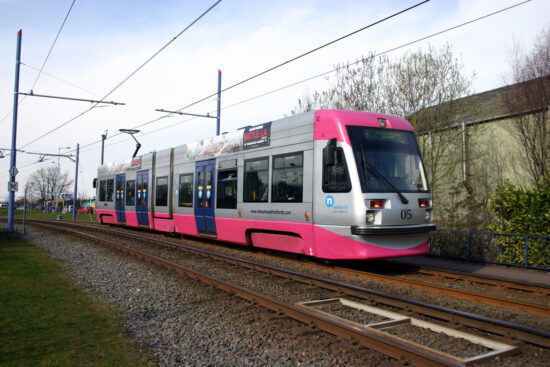