The quick progress being made on the construction of 46 new trains for the Tyne & Wear Metro is continuing with the final assembly of the first of the trains now underway – coming just a few weeks after the first bodyshell was finished. This work includes the installation of wheels, seats, equipment cases, piping, wiring, flooring, windows and other internal furnishings.

The work is being undertaken at Stadler’s plant at St Margrethen in Switzerland where it is planned all 46 of the new trains will be assembled before they are sent to the northeast of England by rail for final commissioning.

The new trains will be safe, reliable and comfortable and include modern features such as charging points, air conditioning and an automatic sliding step at every door. They should be 15 times more reliable and cut energy consumption by 30%. This will be achieved by the recovery of braking energy and the use of highly efficient traction converter technology. The trains will also be able to accommodate an energy storage system so that in the future they will be able to operate on an extended network.

Markus Bernsteiner, Chief Executive of Stadler Rheintal, said: “After more than 20 years in the industry, it is still a special moment for me when we start the assembly of a new project. This is because it’s the first time that all the hard work that has taken place behind the scenes over the last two years finally becomes visible, which is always very motivating for the whole company. Getting to this point with these new trains for Nexus is one of the highlights of the year for our factory.”

Stadler have been responsible for the maintenance of the current Metro fleet (since October 2020) and will also have full responsibility for the same work once the new trains are introduced. This service and maintenance contract lasts for 35 years.

The first of the new trains is due to arrive on the Tyne & Wear Metro network at the end of 2022. It will be housed at the redeveloped Gosforth Depot which is being worked on as part of a £70 million project at the moment, again led by Stadler.

Michael Robinson, Head of Fleet and Depot Replacement Programme for Nexus, said: ““It is really exciting to see that the first new Metro train is at the final assembly stage over at the factory in Switzerland. Stadler builds world class trains, with great attention to detail, and they are making excellent progress. From here on the production line will keep rolling. We can expect to see the first new train here in our region a year from now. I am sure our customers are just as pleased to see the first of the 46 new Metro’s that we have on order really starting to take shape. “The new Metro fleet will deliver a step change in quality, comfort and reliability. They are going to transform the service that we deliver to our customers. It is the most significant project since Metro opened in 1980.” 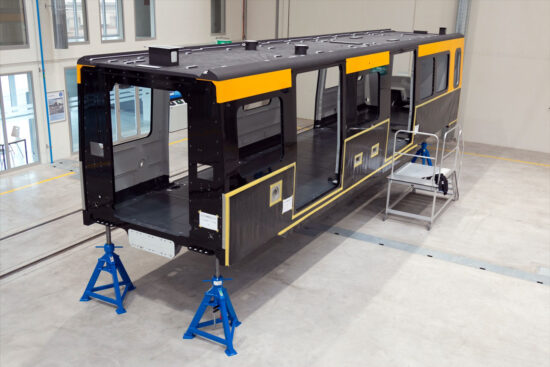 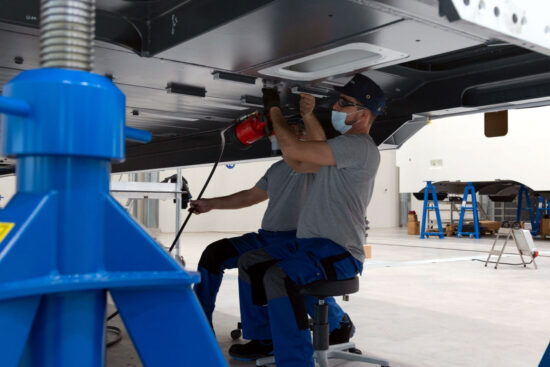 Men at work on the Tyne & Wear Metro trains. (Both Photographs courtesy of Stadler Rail UK)