Posted on Tuesday 7 December 2021 by Gareth Prior

In today’s edition of “15 Years Apart” we return to Blackpool as we take a look at a tram which has not only changed livery but also fleet number between 2006 and 2021!

The first image again comes from 2006 and shows Boat 602 (as it still was then) in the Handybus inspired Yellow and Black livery. The sun may be setting in this image taken on 8th September 2006 but its obviously still warm enough for an open top tram ride along Blackpool Prom with the tram seen at Pleasure Beach and about to embark on a journey to North Pier with a smattering of passengers about to enjoy the trip. 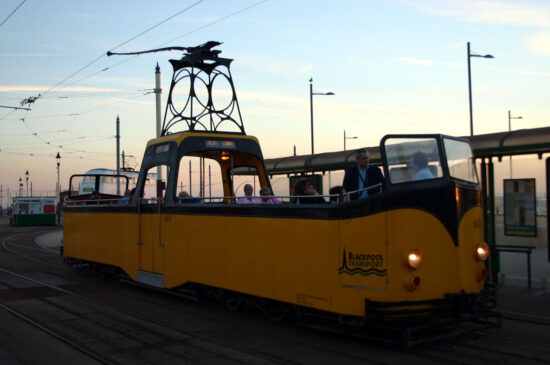 15 years later on 25th September 2021 and its all change for the tram as it reverted to its pre-1968 number of 227 in 2013 when it also received a repaint into this non-authentic Red and Off White livery. Now named Charlie Cairoli and featuring images of the clown in the trolley tower this image was captured on Bold Street, Fleetwood whilst it was running a Coastal Tour. 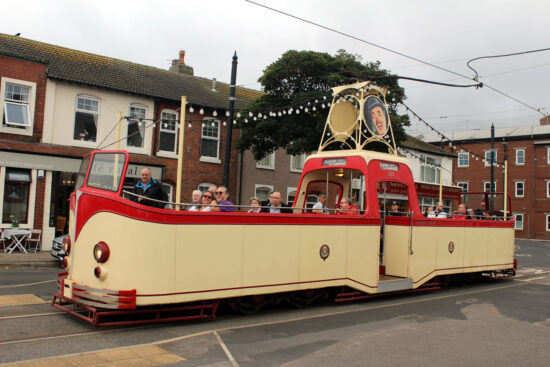