Posted on Sunday 5 December 2021 by Gareth Prior

Today we take another look at a tram in 2006 and 2021 to see what changes – if any! – we can spot. For the first time this year the feature of this image is a modern tram.

Nottingham Express Transit 208 is one of the 15 Bombardier built Citadis trams which had their final assembly in Derby (the last trams for the UK to be built in the UK – or at least put together). In 2006 the tram was only two years into his operating career and as we see in this first image was in the original fleet livery with added external advertising above the windows. This photo was taken at Station Street – now closed – on 8th June 2006. 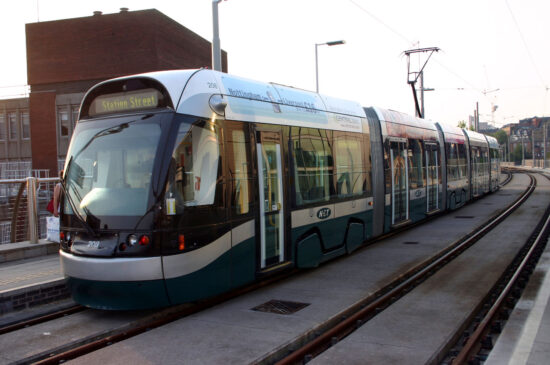 Then on 19th September 2021 we catch up with the tram again as it approaches Nottingham Station – the replacement stop for Station Street – from Clifton South to Phoenix Park. In the intervening 15 years the tram has gone through two refurbishments which has seen a third different fleet livery applied to the tram. 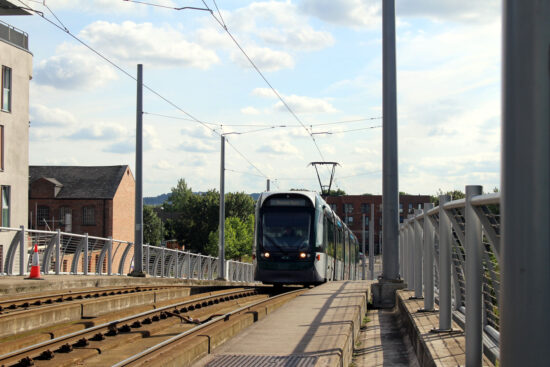