Posted on Thursday 25 November 2021 by Gareth Prior

Whilst there is still no end in sight of the cessation of passenger services on the West Midlands Metro there has been a very small glimmer of hope for their return as trams have been noted out on test this week – both the original batch of Urbos3s and the newer Urbos 100 trams.

Passenger services last ran on Friday 12th November at which point it was announced that there would be no passenger services from Saturday 13th November for at least four weeks to allow the issue of the cracks to be resolved on enough trams to operate a full service. Although all literature on the West Midlands Metro website no longer mentions that four week period, interviews with Andy Street (Mayor of the West Midlands) on BBC local news are still giving that timeframe with WMM giving assurances this will be achievable.

In the meantime the ticket acceptance of all train services between Wolverhampton and Birmingham and selected local bus services will continue until the end of Sunday 5th December but then from Monday 6th December prospective passengers are being told to chose their own travel options with no further ticket acceptance in place. Metro tickets are not currently available for purchase and anyone who has a ticket which goes beyond 12 November for use on Metro are able t refund for any days remaining on the ticket.

Sophie Allison, Metro Commercial Director, said: “When we made the difficult decision to temporarily suspend services, we wanted to ensure we could keep our customers moving. As a temporary measure we negotiated cross-ticket acceptance on other modes of public transport. But it now makes sense for our customers to choose the option most convenient to them. Clearly some customers will have Metro tickets that are still valid, and we are offering full refunds for days remaining on tickets beyond November 12. We are sincerely sorry for the inconvenience caused by the temporary withdrawal of services, but the safety of customers remains our top priority and we are working really hard to resume a robust service for our customers that depend on us every day.”

But back to the testing and during the past few days two trams have been seen out on the line under test. The newest of the eight Urbos 100 trams to have been delivered so far – 45 – has been out on the tracks (without any external identification with fleet numbers not yet applied) on several occasions whilst Thursday 25th November saw Urbos3 33 also out on the tracks. Presumably 33 has already had attention and these test runs were used to make sure all was OK which is hopefully a positive sign of services resuming as planned.

45 on test at Black Lake heading towards Birmingham. 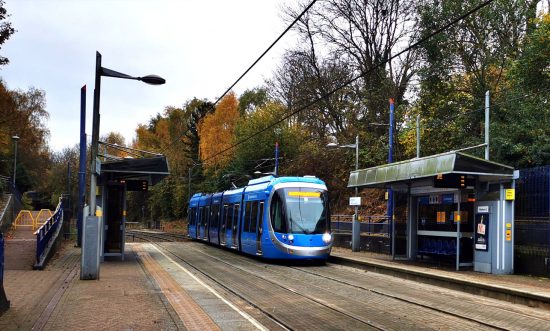 A bit later on in the day and 45 pulls into Dudley Street.

Another shot of 45 on 23rd November at Dudley Street. 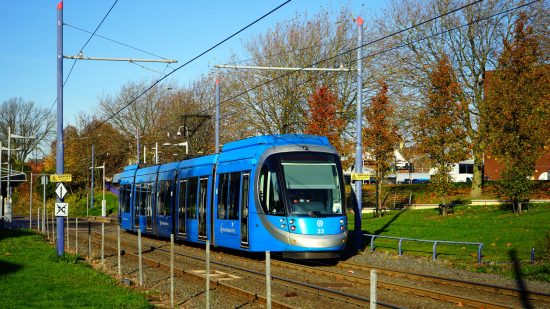 25th November and 33 leaves West Bromwich Central on a crisp autumnal morning heading off towards Birmingham. (All Photographs by Andy Walters)

1 Response to In Pictures: Trams testing on West Midlands Metro