Posted on Friday 26 November 2021 by Gareth Prior

In this edition of “Picture in Time” our visit to the Isle of Man takes us away from the Manx Electric Railway and on to the Snaefell Mountain Railway.

Today, Snaefell Mountain Railway 3 is infamous as the car which ran away empty from the Summit and being destroyed after leaving the tracks at Bungalow. But back in September 1990 that was still more than 25 years away as it was just another member of the six strong passenger fleet transporting passengers from Laxey to Snaefell Summit. As with all of the original six cars it was built in 1895 and by the time of this photo it had received new motors from Aachen tramcars which had been acquired to update the original equipment. 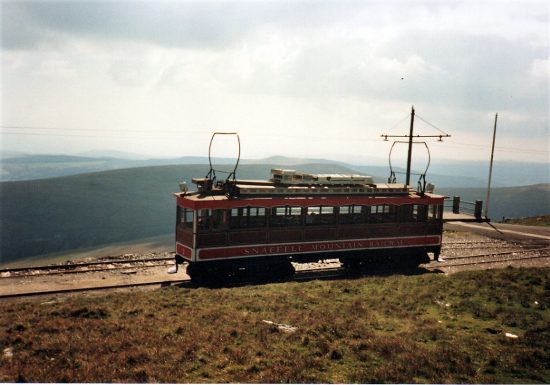