After what has seemed to be several weeks with very little progress on construction work for the Blackpool Tramway extension up at the former Wilko’s site, recently there have been slight changes with contractors hard at work in preparation for further work and concrete now laid around the tracks on the curve.

It has now been over 12 months since work started on the Wilko’s site, which commenced with the demolition of the closed store and since then has gradually moved on to the construction phase. All track leading from the old store entrance through to the terminus – including a scissors crossover – is now down and we saw a couple of months ago the first layer of concrete poured although since that major milestone little obvious work had been done on the tramway until the past few days. This has seen the full concrete poured around the tracks on the curve as the line heads to the terminus whilst there seems to have been plenty of other preparation in readiness for more work in the coming weeks.

Elsewhere on the site there has been good progress made on the construction of the new hotel and restaurant. This has seen the initial steel framework installed and now prefabricated walls are being added to the structure to create the final building. 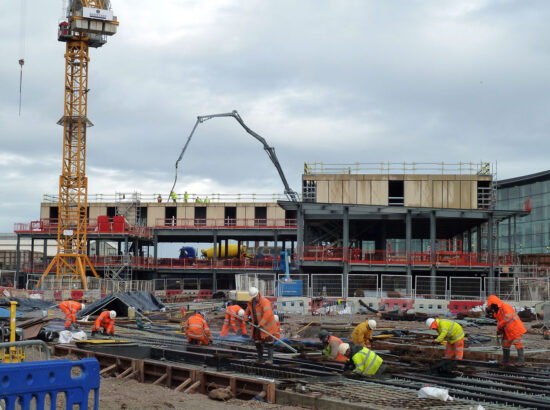 With 11 contractors involved there is work going on here around the tram tracks, seemingly preparing for some further work in the future. In the background we see the hotel/restaurant with concrete being poured using the chute which is being fed by the yellow cement lorry on High Street. (Photograph by Peter Dockerty, 20th October 2021) 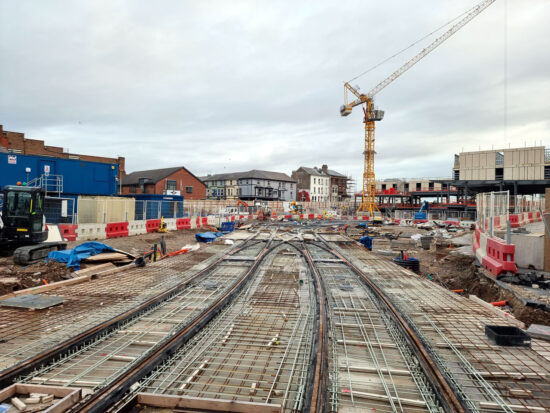 Looking along the tracks on the approach to the scissors crossover and despite all those workers a few days earlier there doesn’t appear to have much change here to the casual observer. 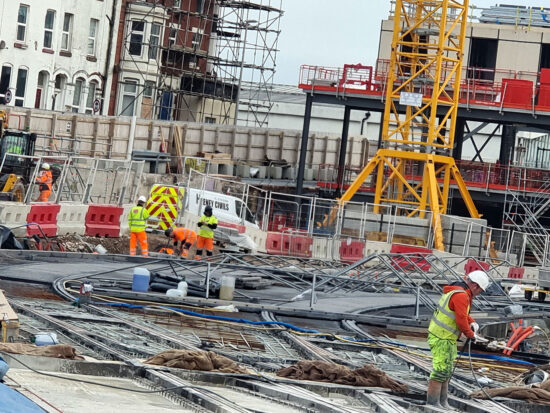 Looking further into Wilko’s and we can see in the distance that the track on the curve now has the full concrete layer laid. (Photographs x2 by Michael Morton, 23rd October 2021) 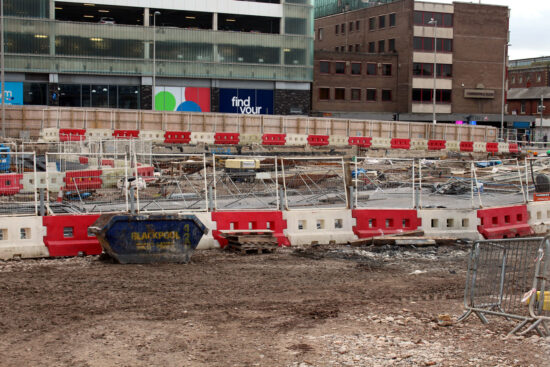 A side-on view of the site where we can see the concrete section of track again. 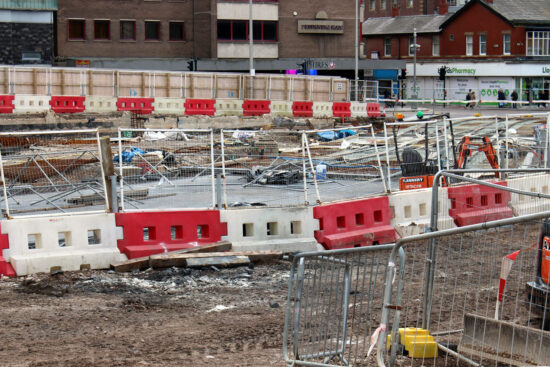 Another closer view of the concreted section. 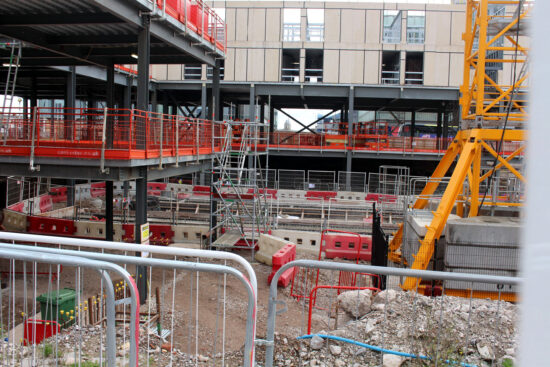 The actual tram terminus is in the centre of the image here with the hotel and restaurant structure surrounding it. (Photographs x3 by Tony Armitage, 23rd October 2021)