Posted on Wednesday 6 October 2021 by Gareth Prior

The seventh of the initial batch of eight Urbos 100 trams for the West Midlands Metro network is now safely tucked up in its new home with 44 being delivered to Wednesbury Depot on Wednesday 6th October.

As with the previous six Urbos 100 trams already delivered (42 and 43 are confirmed as arrived although they slipped past our intrepid correspondent so we don’t know exactly when!) 44 arrived in the UK at Bristol before being driven across the country to arrive at Wednesbury Depot shortly before lunchtime on Wednesday 6th October. The trams are being constructed by CAF at their Spanish plant in Zaragoza with their journey to the UK being via road, sea and road (interestingly they are being delivered by a Dutch registered haulage company with the escort vehicles being provided by a UK firm). They are all being delivered in one piece as opposed to the two sections that the previous Urbos3 trams arrived in.

38, 39, 40, 41, 42 and 43 are already at Wednesbury Depot and some have been tested on the mainline so far although none have yet turned a wheel in passenger service (and with a reduced service running as a result of the trackworks in the city centre it hasn’t really been necessary as yet). In the original press release following the arrival of the first it was suggested some should enter service before the end of the year though.

Although there are 21 Urbos 100 trams on order (which have subtle differences to the original Urbos3s 17–37) only eight are due to be delivered now. Once 45 arrives (expected in the next couple of weeks) the remaining 13 will not follow until 2023 when they will be gratefully received with further extensions due to open at that time. 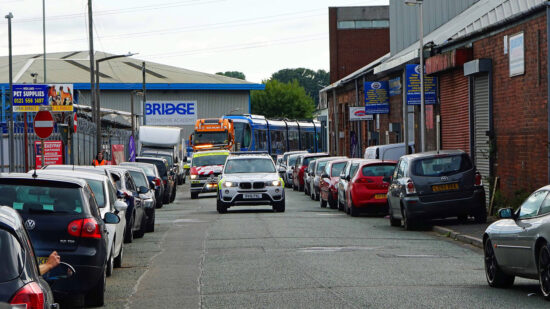 What’s that coming round the corner?! With a Police escort the low loader containing 44 approaches journeys end. 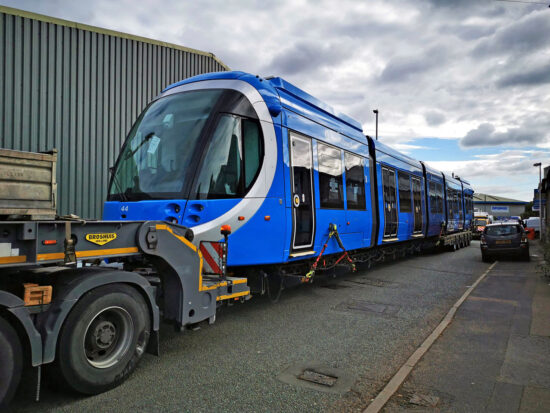 Trams are now arriving with external numbers applied (the first came without these applied making identification impossible) as we see in this photo of 44 as it arrives in Wednesbury. 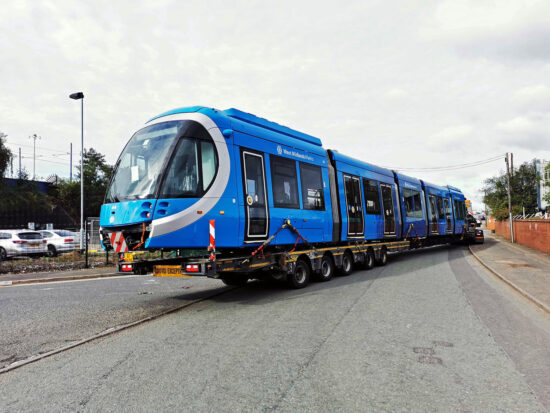 A back view of 44 as it is driven towards the depot. 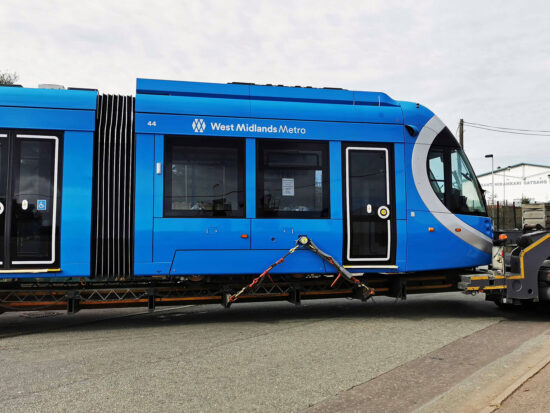 A close-up of the front section of 44. 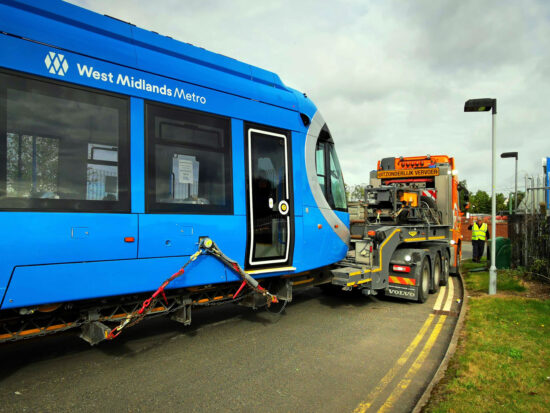 The tight access to the depot is seen here as the low loader makes the turn here. 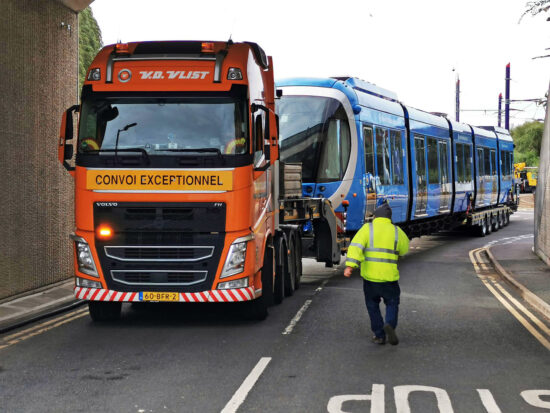 Another view as the low loader backs 44 into the depot. (All Photographs by Andy Walters, 6th October 2021)