Posted on Tuesday 28 September 2021 by Gareth Prior

The work on laying track in Birmingham City Centre has continued to make good progress over the past week or so with much of the track along Corporation Street now in place with work concentrating now on the curve round to Grand Central and also at the delta junction which will link the current line with the Birmingham Eastside extension.

Work commenced back on 24th July when West Midlands Metro services from Wolverhampton St George’s were suspended between Bull Street and Library. In the two and a bit months since then there has been a hive of activity in Bull Street and Corporation Street with the existing line being replaced at the same time as the junction to the Eastside extension is installed in preparation for when that line is opened in the coming years (the exact timescale of this is yet to be announced as it will be dependent on work at Curzon Street in connection with the HS2 project).

During the period of work so far, the track along Corporation Street (forming the existing city centre line) has been ripped up, the track bed replaced and new track installed. Much of this has now been completed with work now concentrating on the last part of the line has Corporation Street curves round to Stephenson Street and the Grand Central stop outside New Street station. At the same time a delta junction is being installed at the junction of Bull Street and Corporation Street to allow trams from both directions to serve the Eastside extension which will see four more stops (Albert Street, New Canal Street, Meriden Street and High Street Deritend) join the West Midlands Metro network.

When this work was first announced it was said that the line closure would be in place until at least October and while there does still remain a significant amount of work at either end of the worksite it is hoped that this target will be met (there are 31 days in October after all!). 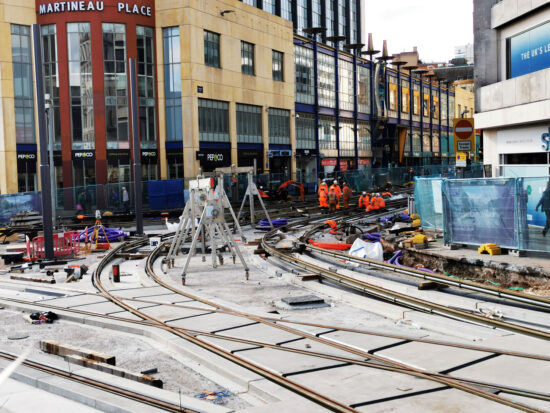 This 23rd September view is taken at the delate junction and shows the tracks curving to the right onto Corporation Street from Bull Street while those heading straight on will do so to the Eastside extension. 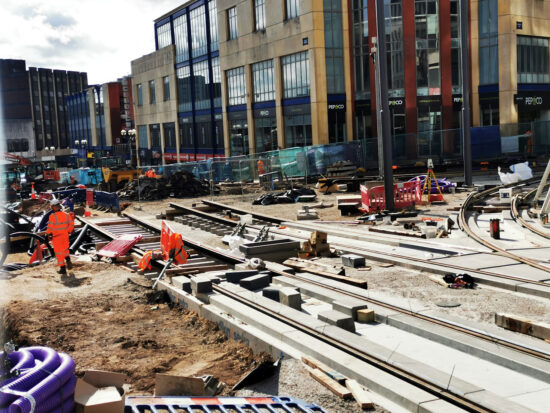 Whilst much of the track being laid is being put in pre-cast concrete grooves there is a short-section of sleepered track just beyond the delta junction. 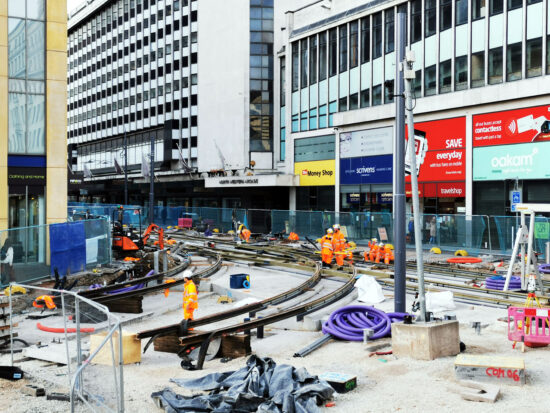 In this view we see the delta junction with track leading onto the extension from Corporation Street on the left. 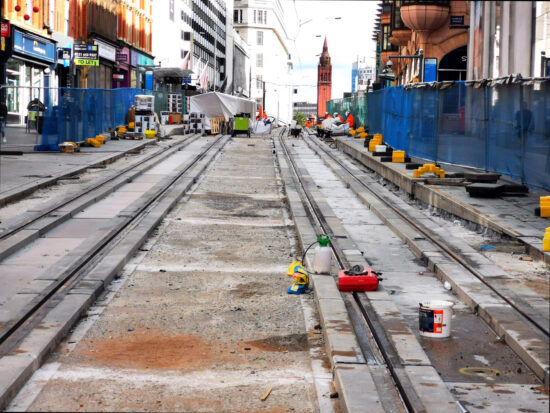 Moving onto Corporation Street where the track is in place as it passes by the platform. A lot of finishing work remains to be done. 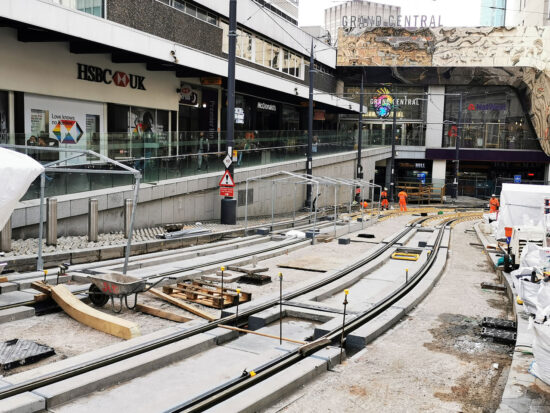 Down towards Grand Central (just round the corner to the right) with track being put into place. 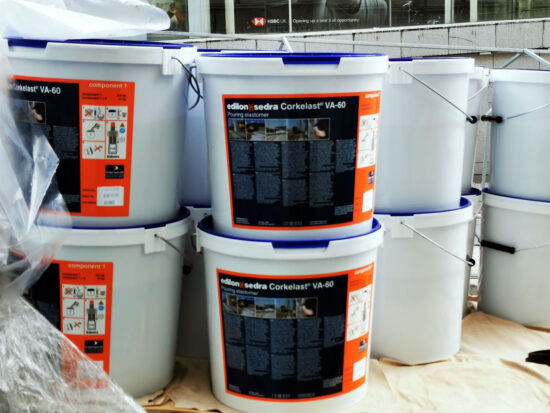 Plenty of pots of sealant are ready to be used. 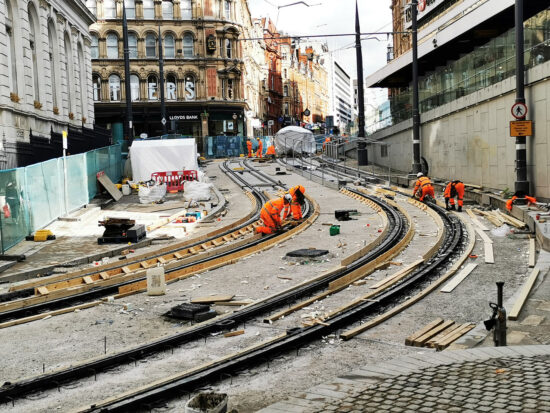 Looking up from Grand Central where work continues to install track. 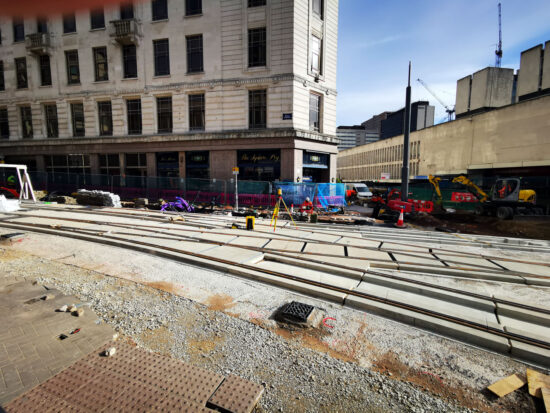 Five days later, 28th September, and this is the view of the delta junction from Bull Street to Corporation Street and onwards into the other part of Bull Street. 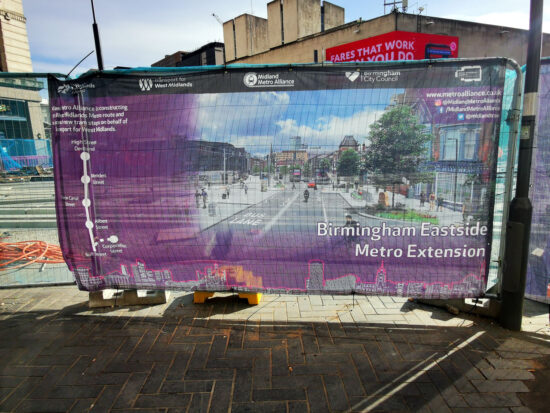 A banner explaining what will be coming soon including the planned stops. 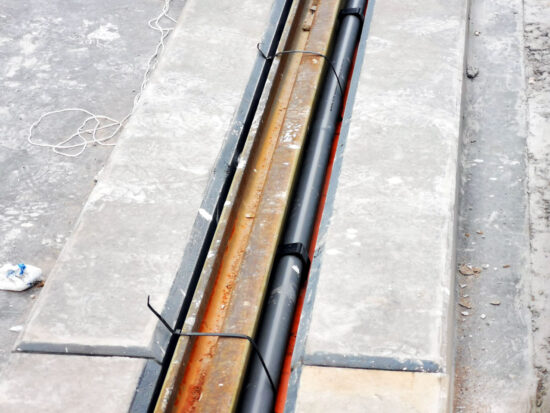 A close-up of some of the new track now in position. (All Photographs by Andy Walters)