Posted on Friday 24 September 2021 by Gareth Prior

We head across the Irish Sea to Dublin for the next few editions of our modern tram themed “Picture in Time” series with the Luas system featuring.

Opening in 2004 the Luas tram system in Dublin has been extended several times over the years and is now roughly the length of a marathon being 26.2 miles in length on the two lines – designated as the Green and Red lines. With several extensions having opened over the past 17 years or so what were once termini have now become through stops and so it is that we feature the stop at Sandyford below which was the original terminus of the Green line. That was until July 2010 when the line was extended through to Bride’s Glen, which remains as the terminus to this day. 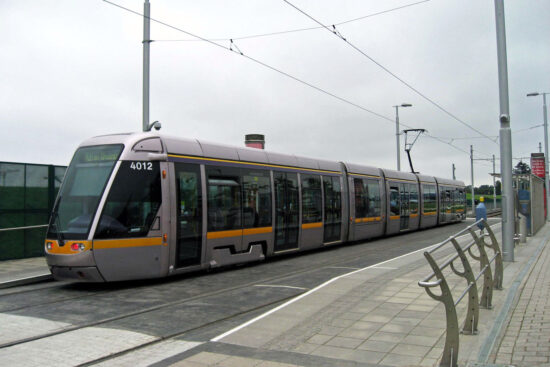