In Pictures: First working party to Metrolink 1023 at Crewe

Back just as the first lockdown was being introduced in March 2020 Manchester Metrolink 1023 was transferred from storage at Metrolink’s Trafford Depot to the Crewe Heritage Centre where it was planned to be the very first modern UK tram to be displayed in preservation. Enter the pandemic and although 1023 had arrived at its new home and was visible from passing trains on the West Coast Main Line it wasn’t possible to make it a little more presentable – but that has all changed with the first working party from the Manchester Transport Museum Society recently visiting Crewe.

1023 had last run in service on 21st January 2014 and would remain in outside storage on Metrolink from that date until 19th March 2020 when it made the relatively short trip into Cheshire at Crewe for public display at the Heritage Centre, also home to many mainline railway exhibits. With over seven years having now passed since it last ran 1023 was starting to show the effects of that time in outside storage so as soon as the MTMS were able to get a working party to Crewe they did so to not only make it more presentable for visitors to Crewe but also to help promote the MTMS.

During the working party some condition assessment was carried out and one side was cleaned up with one end coupler retracted and fenders lowered to give it the T68 look back. Further working parties will follow over the winter to finish cleaning the bodywork, waterproofing and some general conservation work too. 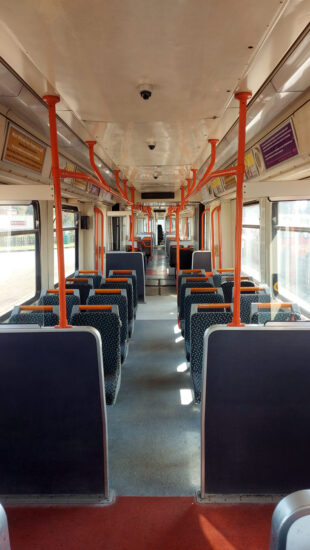 A sight not seen for a long time – the interior of a T68! With visitors to Crewe able to get on board on 1023 (and sit in one of the cabs) this will be a view available for all once more. 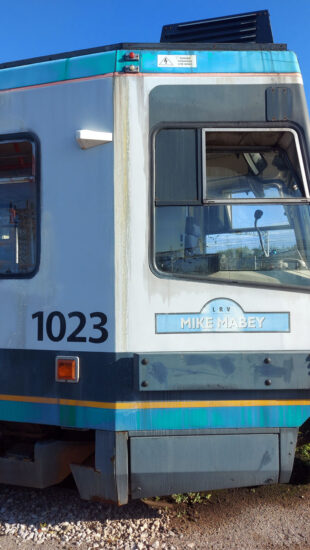 1023 retains the Mike Mabey name stickers. Well known for their fading ability even when the T68s remained the mainstay of the Metrolink fleet its no surprise to see the name stickers fading after seven years storage. 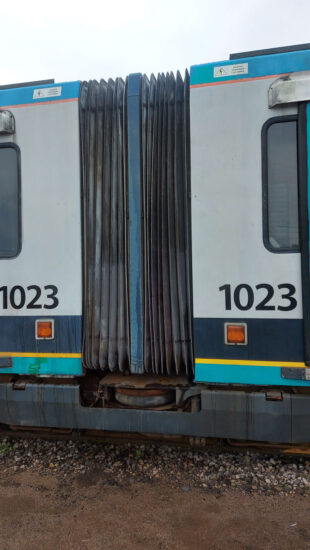 The centre articulation section of 1023. 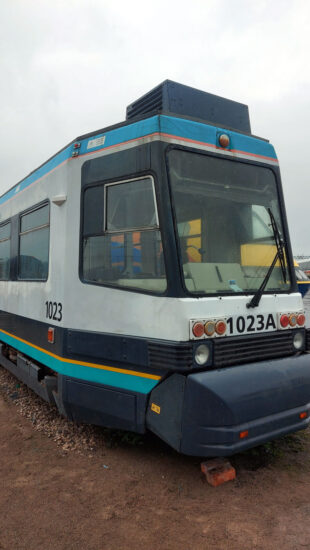 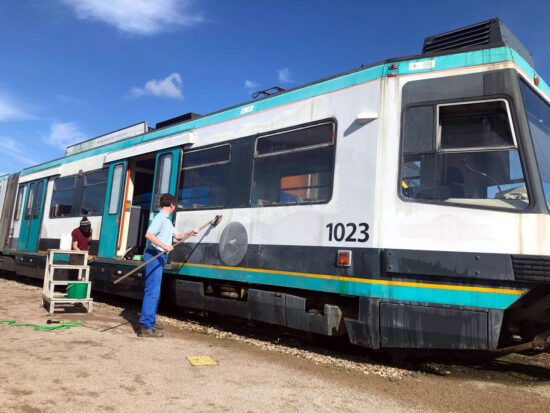 Cleaning of the exterior of 1023 underway. 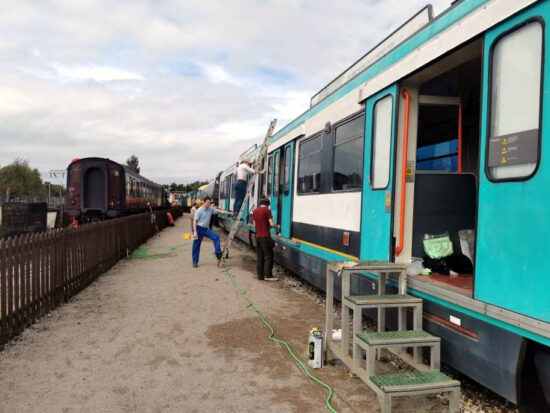 Another image during the tidying up of 1023. 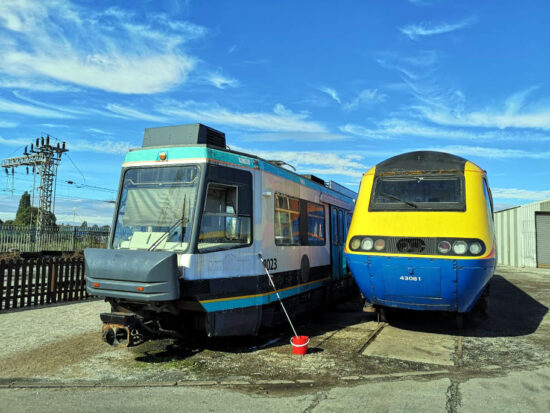 1023’s new stablemate is HST power car 43 081 which retains its last livery carried in operation that of East Midlands Trains. 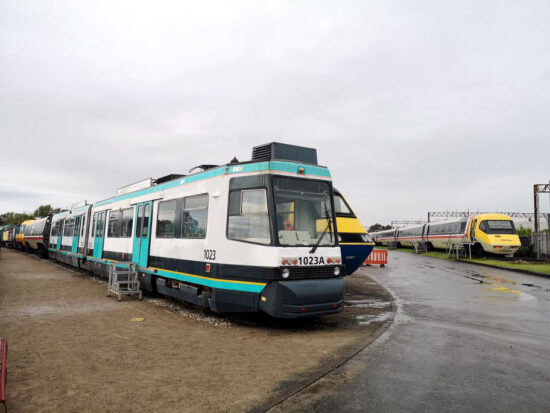 One final look at 1023 amongst the mainline railway exhibits it now shares home with – 43 081 is just seen alongside with the APT on the right along the fence separating the centre with the West Coast Main Line. (Photographs by Adam McKendrick & Dave Martin)