In Pictures: Work continues in Blackpool

Posted on Friday 20 August 2021 by Gareth Prior

In this latest update from Blackpool where work to complete the extension of the tramway along Talbot Road is continuing we again take a look at the progress being made on the wiring in Talbot Square and on the junction with the current Promenade line as well as viewing the work happening on the old Wilko’s site which will contain the new terminus. Tony Armitage paid a visit on 19th August to see what progress has been made. 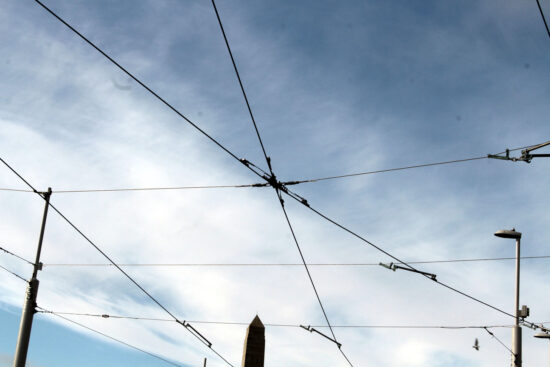 The southern diamond frog has now been installed. Further diamond frogs will follow on the northern junction and in Talbot Square in due course. 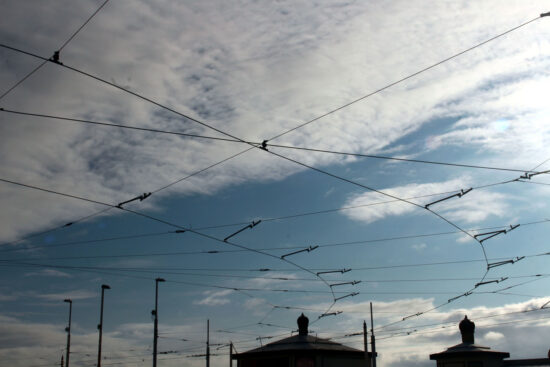 The wires leading into Talbot Square on the south curve. 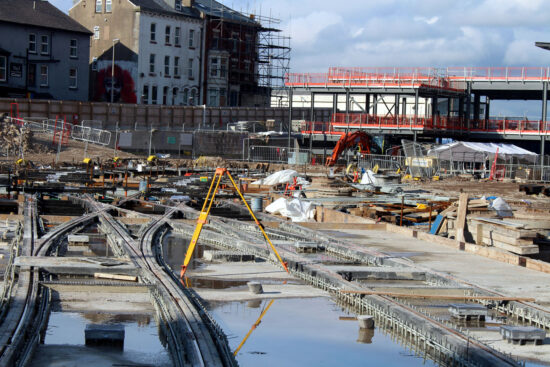 On the worksite up by the railway station and with work continuing on the track beyond the scissors crossover the protective tent has now been moved to the right on the newly installed track at the new terminus. 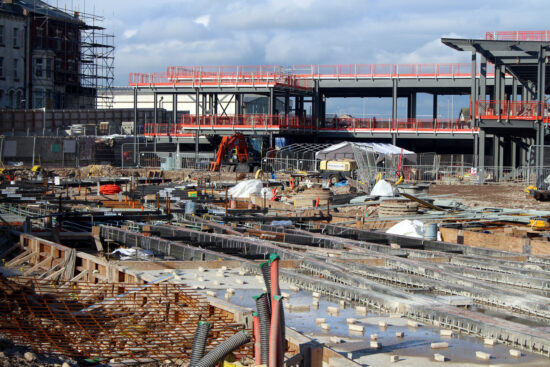 Another look at the worksite with the curve in the track towards the terminus seen in the distance. The tent shows where the new track is located. The framework behind is for the new hotel and restaurant. (All Photographs by Tony Armitage, 19th August 2021)