Posted on Friday 20 August 2021 by Gareth Prior

Its time for another look into the tram photographic archives as we go back to 1979 and Crich.

We saw Johannesburg 60 lurking in the background of an earlier photo in this batch but this time the tram which ran in South Africa between 1906 and 1960 is the main focus of our attention as it is seen heading south at Wakebridge. There seems to be a long queue of passengers waiting for a trip back along the line but it doesn’t look as if many will get on 60 as it seems to be pretty full including a couple of boys travelling on the front platform.

60 is now out of service at Crich but it has run for a fair number of years, particularly after an overhaul in 1977. It last ran in 2013 when it was withdrawn from service requiring some workshop attention but isn’t currently a priority for a return to action. 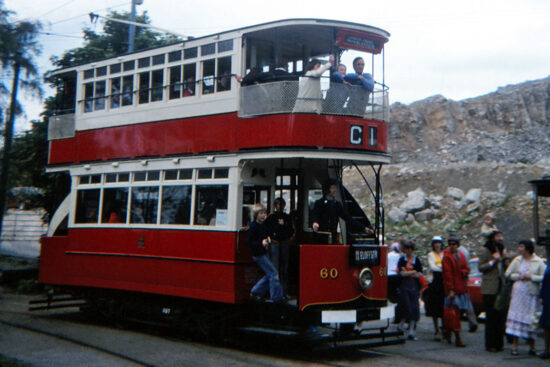