Whatever Happened To? Crich Tramathon 2005 – Paisley 68

Posted on Monday 2 August 2021 by Gareth Prior

As “Whatever Happened To?” continues its look at those trams which ran during the 2005 Tramathon we reach a tram which has had an identity change but at the time was Paisley 68.

Dating from 1919, Paisley 68 would only run under its original ownership for four years at which point Paisley Corporation Tramways were taken over by Glasgow Corporation. It would then run for a further 30 years on the Glasgow system during which time it carried the number 1068. Starting off as an open topper it would receive top covers in 1924 before becoming fully enclosed seven years later and it was this condition that it would remain in until withdrawal in 1953. Preserved by the Scottish Tramway Museum Society it moved to Crich in 1960 and would be returned to its open top Paisley condition by 1968. Twenty years later and it would make a trip back to Glasgow for the Garden Festival in 1988 and by the time of our feature event was back at Crich as a regular member of the operating fleet.

Since 2005 the tram has enjoyed a fair amount of service although at the time of writing is out of action. But it is now numbered as Glasgow 1068 again having enjoyed a mini overhaul and repaint to help commemorate the 50th anniversary of the closure of Glasgow’s tramways during 2012. In this condition it also managed a trip to Beamish in 2013. Now withdrawn from service requiring another visit to the Workshop it last ran in 2016. 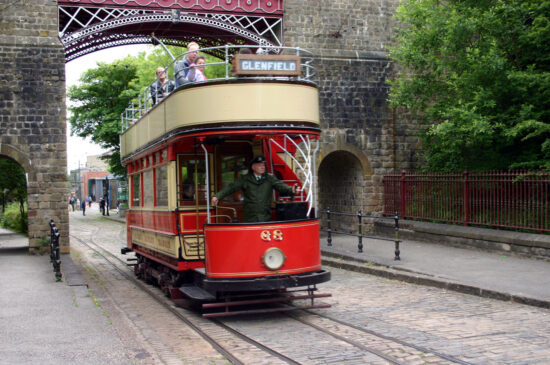 Paisley 68 has just come through the Bowes Lyon Bridge on 12th June 2005 with a service up the line to Glory Mine. 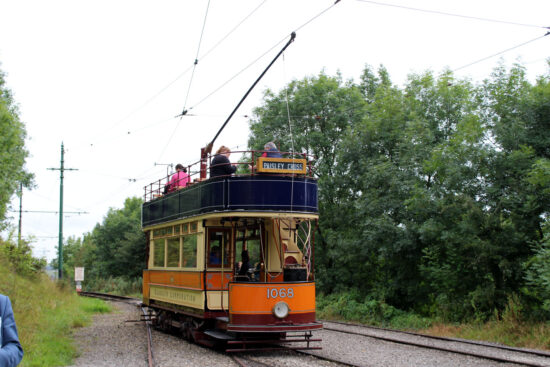 Same tram, different number and livery! Glasgow 1068 is at Glory Mine on 10th September 2016 – its last year of operation. (Both Photographs by Gareth Prior)