In Pictures: Blackpool Standard 40 returns to service at Crich

It has been another busy week in the Workshops at Crich with another tram being commissioned for passenger service as progress continues on the ongoing restoration projects. Blackpool Standard 40 is the tram which has now re-entered service while London County Council 1 and Newcastle 102 have seen progress on their respective restorations. This pictorial article not only sees updates on these three but also a few other trams running at Crich recently.

It had been the original intention that Blackpool 40 would not be commissioned for service this year as it was due to be lifted for an overhaul to take place but the decision has now been taken that this lift can be delayed and it has already made a return to service. The larger size of the tram will be useful at a time when the trams are still having to run at reduced capacity. After commissioning the tram re-entered service on Sunday 20th June – its first use since 2020. It will still need to be lifted and this will happen when space becomes available in the Workshop. 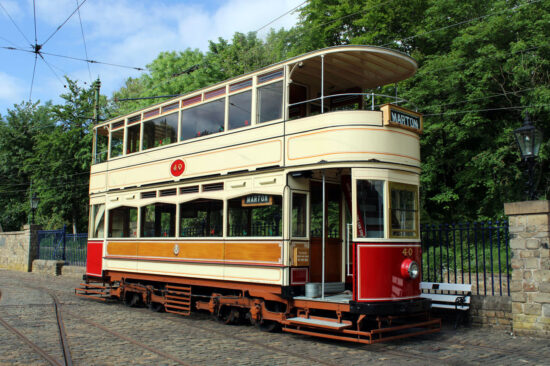 Blackpool Standard 40 is seen being shunted towards the workshop for cleaning and commissioning on 13th June. Although penciled in for overhaul, it has been decided to use 40 in service this summer to provide another large capacity car, mainly due to the completion of Newcastle 102 being delayed by the various lockdowns over the past year. It duly returned to passenger service on Sunday 20th June. 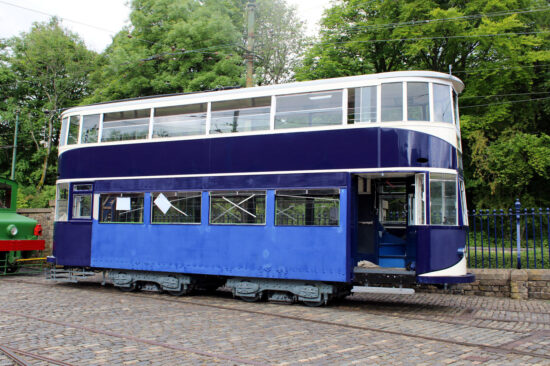 Saturday 12th June saw London County Council 1 moved from road 3 to road 2 in the workshop to enable its two trolleys to be connected up. It was then returned to its usual position on road 3 again, and was captured on the depot fan being towed by the Blackpool electric loco. 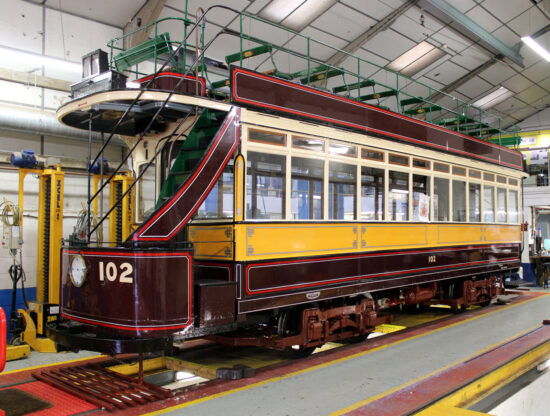 Meanwhile Newcastle 102 was captured inside the workshop looking absolutely stunning! Now back on its bogies, there remains some work to be done before 102 can operate once again, but hopefully it won’t be too much longer before the tram is moving around under its own power. (Photographs x3 by Peter Whiteley) 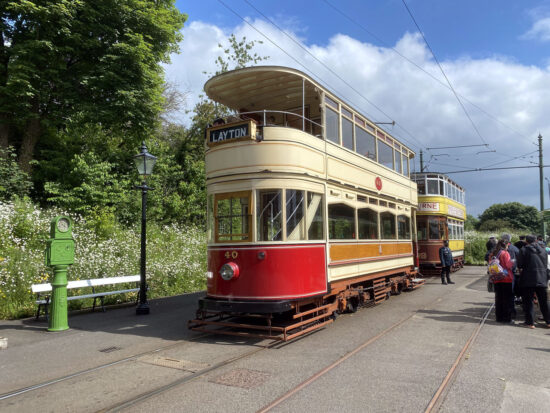 Sunday 20th June saw Blackpool 40 return to service and it is seen here at Town End with Leeds 399 for company. 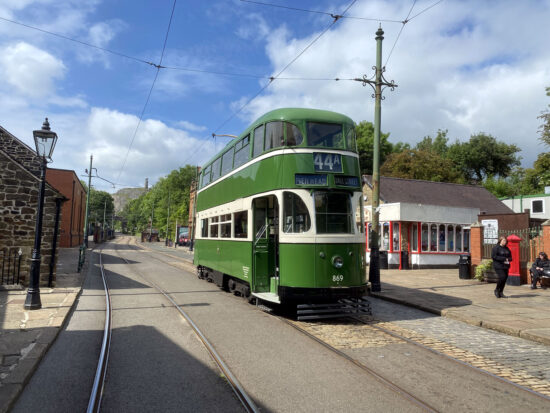 Liverpool 869 was also in service on 20th June and is seen at Stephenson Place. This is another of the trams which has been commissioned since the start of season providing a more modern fully enclosed tramcar for service. 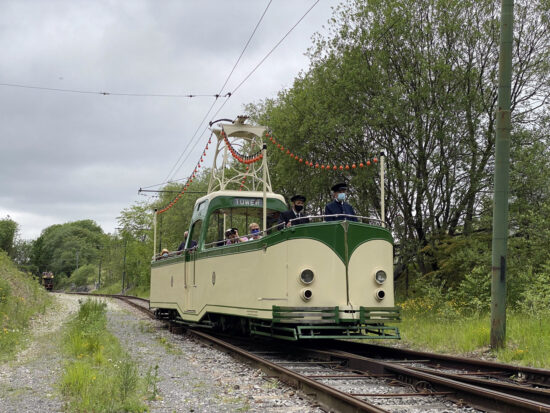 On 14th June and we see Blackpool 236 approaching Glory Mine with passengers and crew fully masked as per Covid rules. 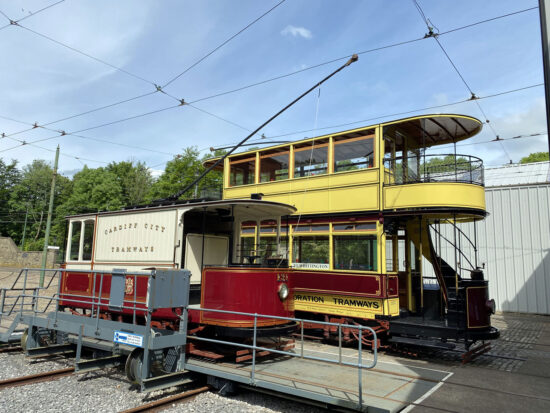 Also on Monday 14th June and we see Cardiff 131 sitting on the Traverser with Chesterfield 7 alongside. At this time 131 still had some Welsh company as horse car 21 was still at Crich but just a few days later and the Water Car became the sole tram from Wales again. 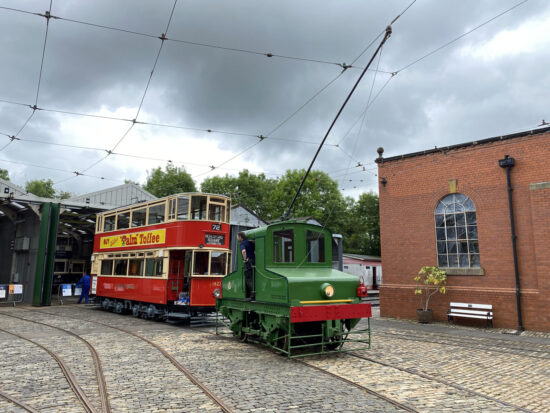 Another tram which is on the road to return at Crich is London Transport Passenger Board 1622. It has undergone some testing under its own power before it re-enters service but in this 19th June view we see the tram being shunted by the Blackpool Electric Locomotive. (Photographs x5 by Jack Slaughter)