This edition of “Picture in Time” is taking a look at the Stagecoach Supertram system in 1999.

As with the last edition we are featuring 105 in this photo, a tram which started off life numbered 05 before it was renumbered upon the Stagecoach takeover. This was one of 25 trams built in Dusseldorf by Siemens-Duewag with this being the third to arrive in South Yorkshire when it was delivered on 23rd September 1993.

By the time of this photo on 7th April 1999 the tram had received the first Stagecoach fleet livery and is seen at Gleadless Townend when working a Purple route service from Meadowhall Interchange to Herdings Park. 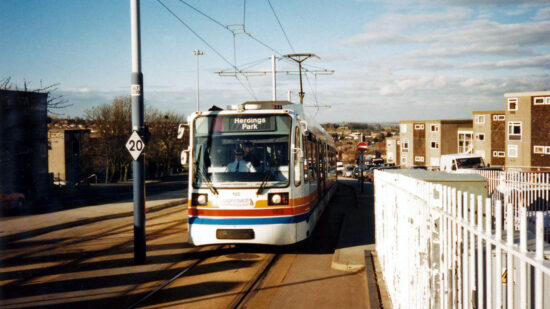