In Pictures: Derby 1 & Cardiff 21 on display at Crich

Sunday 2nd May saw Crich give visitors a final chance to see Derby 1 and Cardiff 21 out in the open ahead of their departures for Clay Cross and Cardiff respectively with some old friends also joining in the fun on the day. There was an East Midlands theme for Derby 1 while Cardiff 21 got to pose alongside fellow Cardiff tram, water car 131. Peter Whiteley has shared these photos with us.

As we’ve reported over the past few weeks with the restorations of London Transport 1622, Newcastle 102 and London County Council 1 coming towards an end and with Blackpool 298 (and its new underframe) due to arrive at Crich it has been necessary to create extra space at the museum. This will see Derby 1 head off to the off-site store at Clay Cross while Cardiff 21 will return to the National Museum of Wales after a 12 year loan spell in Derbyshire. But before they depart the home of the National Tramway Museum the chance to pose them outside was hard to resist and so it was on 2nd May that they were pulled out of the depots one last time.

But they weren’t alone with Derby 1 joined by two other trams from the East Midlands. One was a familiar sight in service in Chesterfield 7 while the other was a bit rarer as Leicester 76 was also brought out to give some decent photo opportunities. Meanwhile, Cardiff 21 was posed alongside Cardiff 131 – the last two remaining Cardiff trams in existence.

Both trams currently remain on static display in the depot where they will remain before transported away from Crich. 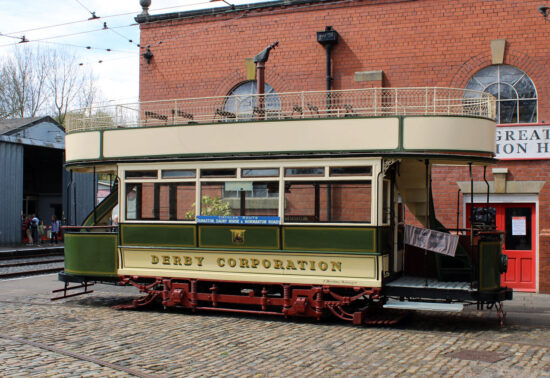 Derby 1 was one of the star attractions for visitors to Crich on 2nd May, making its last outdoor public appearance before its transfer to Clay Cross. Notice that its infamous bent trolley has finally been removed! 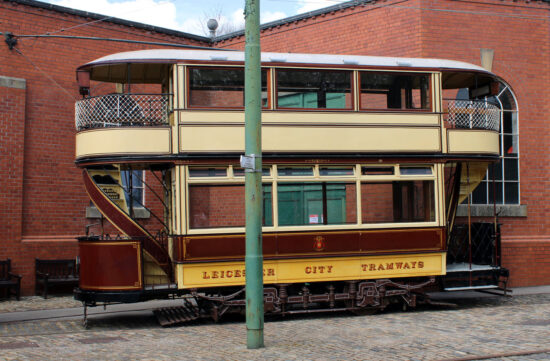 A rare appearance outside the Great Exhibition Hall for Leicester 76. Although this tram is staying at the museum it was brought outside for an East Midlands line-up. 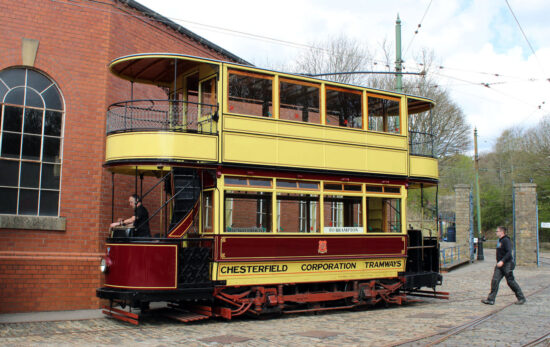 Chesterfield 7 being shunted in the depot yard to take up its position in the East Midlands tram line-up. 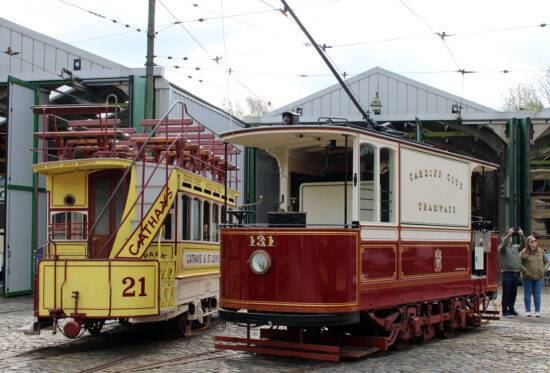 Another highlight was the rare appearance of Cardiff horse car 21 on the depot fan, with Cardiff water car 131 posed alongside to add to the occasion. 21 is soon to return to Wales, hence its display on this date. 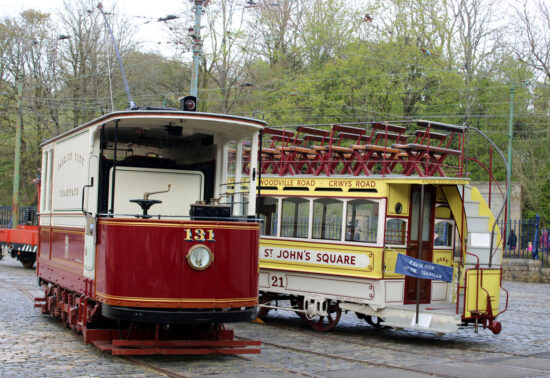 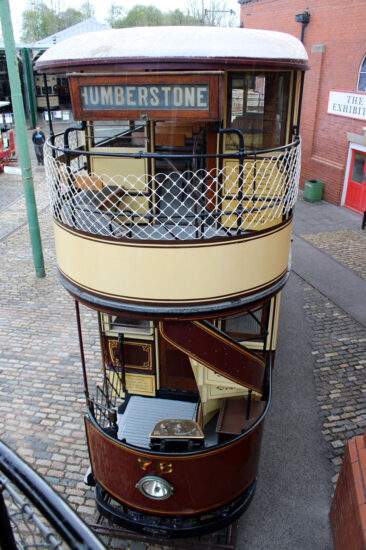 Seen from Chesterfield 7’s open balcony is Leicester 76. (All Photographs by Peter Whiteley, 2nd May 2021)