This week we are again visiting Summerlee for a view of one of their original fleet of trams with a later image of Graz 225 featuring.

Last time we saw Graz 225 stored out in the open during November 2008 with the tram having already been withdrawn from service as it was deemed surplus to requirements with other trams preferred for service. In the below image taken on 30th January 2010 the tram remains unmoved and stored by the entrance to the mine. It has been around 14 months since the previous image but that period has not been kind to the purple paint as it has significantly faded. It was later in 2010 that 225 would head south to Brighton and as we have seen recently that is where it remained until scrapping in 2021. 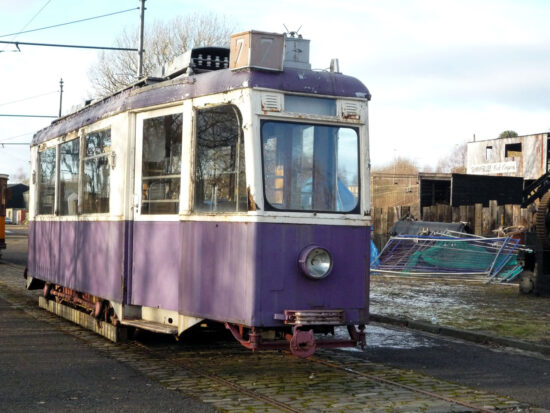