Edinburgh Trams services between York Place and West End were suspended for around four hours on Monday 19th April after a fire in the now closed Debenhams store on Princes Street led to a cordon around the shop. Trams were stranded in the affected section with pantographs lowered while the fire service were on site to put the fire out.

The fire was reported in the ground and lower ground floors of the Debenhams store – located on Princes Street between the tramstops at Princes Street and West End – which has been closed to shoppers since the new year lockdown was initiated and will not be one of those to reopen for a closing down sale. More than 30 firefighters were at the scene at the height of the blaze but no injuries were reported.

Trams were first suspended from around 1400 with a full service able to resume from approximately 1800. During this disruption a service at normal frequencies initially ran between the Airport and Murrayfield Stadium before this was extended to West End. 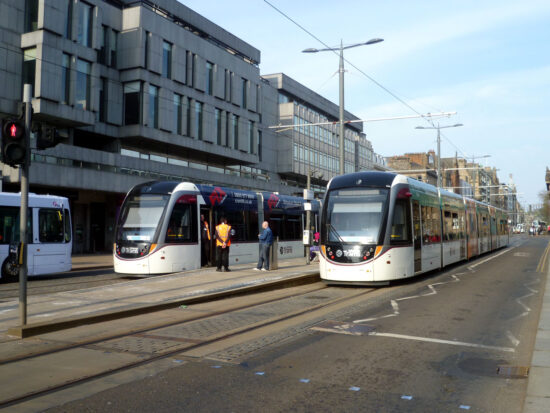 With pantographs lowered 256 and 254 wait at the Princes Street stop for a service to be resumed. This was at 1725, towards the end of the disruption. 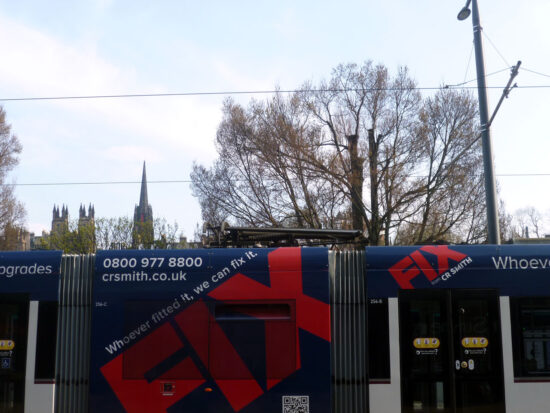 A close-up of the lowered pantograph on 256 at Princes Street. The twin towers of New College are in the background along with the spire of the former Tolbooth Church (the latter of which is now called The Hub, HQ of Edinburgh Festival Society). 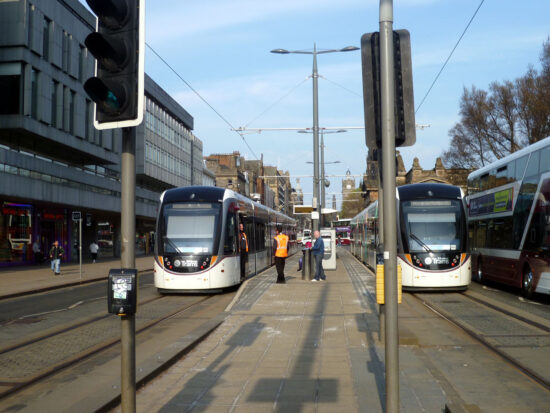 Another look at the two trams at Princes Street. (All Photographs by Roy Calderwood, 19th April 2021)