Today “Picture in Time” is again heading to South London as we take another look at the infrastructure of the Croydon Tramlink system.

Last time out we featured the exterior of the Therapia Lane Depot, which has housed the trams since the first of the CR4000 trams arrived in September 1998. Now home to not only the CR4000s but also the Variobahn vehicles which followed from 2011 there has been talk in the past of a second depot being provided on the other side of Croydon but these plans never seem to have been seriously considered and so Therpia Lane on the Wimbledon branch remains the sole depot.

In this photo we take a look inside the main shed at the depot in the early days with one of the CR4000s (sadly unidentified) sitting on the left hand side. Note how clean and bright the interior is. 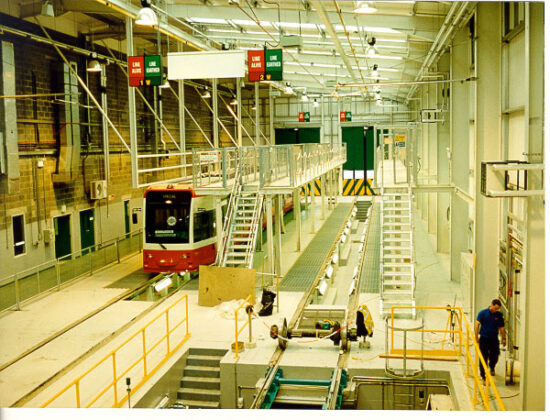