In Pictures: Work continues on the old Wilko’s site

Preparation work on the site once occupied by the Wilko’s store on Talbot Road, Blackpool has been continuing in recent weeks. As we’ve reported many times over the past couple of years this site will become the location of the tram terminus of the Blackpool North Railway Station tramway extension but before that can be constructed the site has to be readied and although it appears that since the last of the Wilko store was demolished very little has happened there has been good progress on making sure that the site is fully ready for construction work to start later this year.

It should be remembered that this site will not only be used for the tram terminus but also a new hotel and restaurant facility (otherwise it could be one of the biggest tram termini in the country!). Of course, this isn’t the only work needed to complete the extension as finishing works along the length of the route are required including the all important installation of the overhead wires. 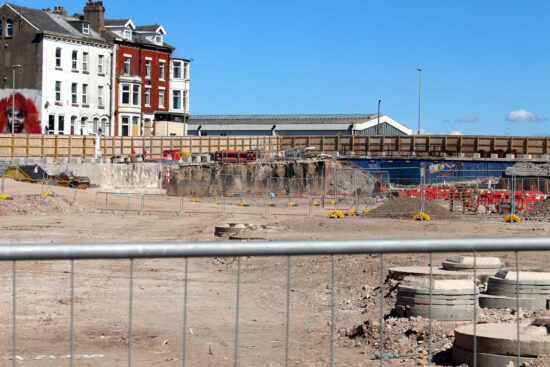 As the site continues to be readied for construction the old station wall has started to reappear on the far side. 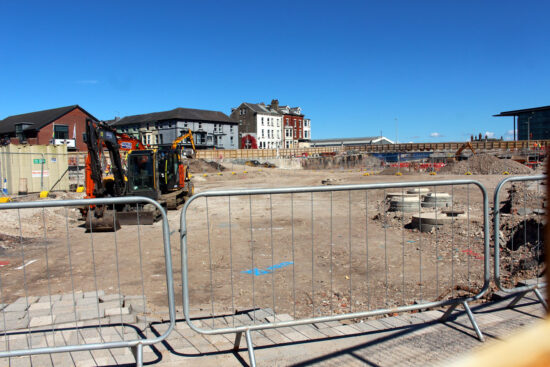 Another view of the flattened site with various bits of equipment in situ to assist with the work. (Both Photographs by Tony Armitage, 12th April 2021)

1 Response to In Pictures: Work continues on the old Wilko’s site