Posted on Thursday 15 April 2021 by Gareth Prior

Today “Stop by Stop” returns to Nottingham Express Transit as we embark on a journey out to Toton Lane. Having previously covered the Clifton South line in this series we now head back towards the city centre and will start the review of this line on the first stop after the Nottingham Station viaduct, which for the Toton Lane line is Meadows Way West.

As we saw in the first section of this series the lines to Toton Lane and Clifton South split soon after they have dropped down from the viaduct over Nottingham Railway Station with that to Clifton South diverging at a junction on Meadows Way. But we continue straight on at that junction and head around Meadows Way which curves round as we approach the first stop on this line at Meadows Way West. Opening to the public on 25th August 2015 – along with the entirety of the Phase Two extensions – this is a pretty standard stop with everything you have come to expect from a tramstop on NET: shelters, passenger information displays, ticket machines, bins, information boards and lighting. The stop is located on a road with other traffic sharing the right of way with trams. 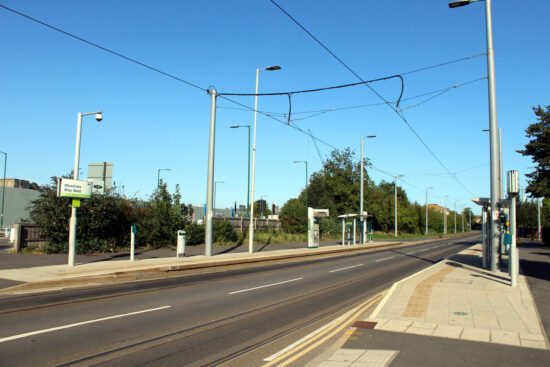 A general view of the stop on 18th September 2020. This is looking towards the city centre along Meadows Way. 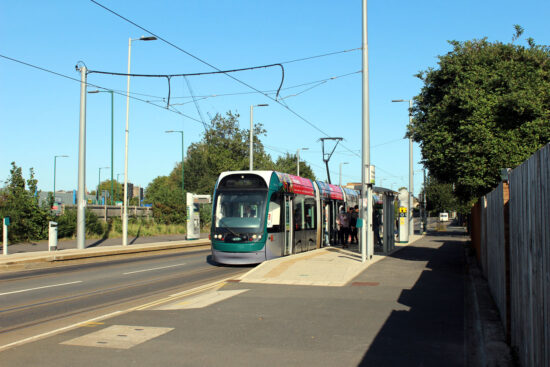 Also taken on 18th September 2020 in this photo we see 203 just making the stop at Meadows Way West as it heads to Toton Lane. 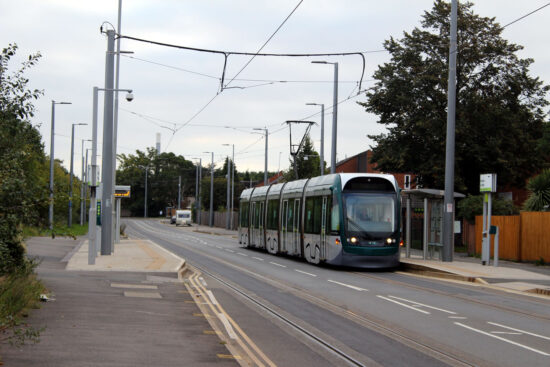 Here we see 201 at Meadows Way West on 20th September 2020 as it calls with a service to Toton Lane. This view shows the extensive housing estate located close to this stop. (All Photographs by Gareth Prior)

This entry was posted in Nottingham Express Transit, Stop by Stop. Bookmark the permalink.