With the Blackpool Tramway being completely suspended for a week from Sunday 14th December (and then only running part route for up to the next seven days) a start has been made on the essential trackworks. Work is underway in at least two different locations with advantage being taken of no trams running at all to get the work completed. Tony Armitage took a walk down to the Prom to see what was happening.

In the below photos we see the worksite around the Metropole where there was track welding underway by a small team but further north there was more significant work taking place.  This saw new ballast being laid in the Rossall area.

As we reported previously the first week of the work sees no trams running with the week from Sunday 21st February to Saturday 27th February then seeing trams from Harrow Place to Cabin only. The split of work would have made you think that the work in this first week would have been concentrated on the section south of Cabin but presumably the amount needed further north is significant enough that it will take the full two weeks. 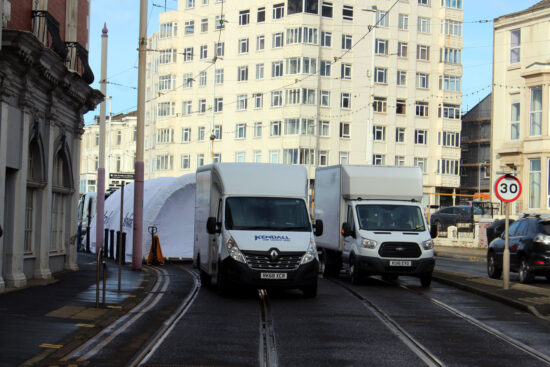 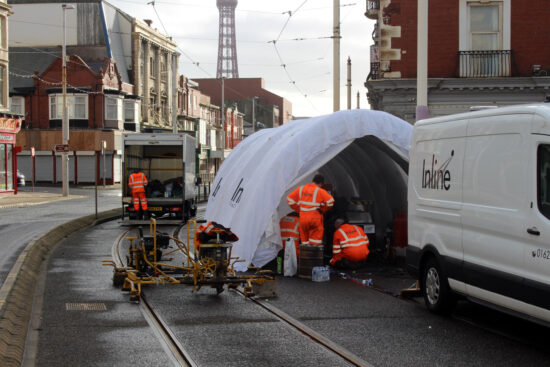 The scene at the Metropole showing the work vehicles and the site where the welding was taking place with the tent for protection against the elements. (Both Photographs by Tony Armitage, 15th February 2021)