As reported last week the Passenger Information Displays (PIDs) in Manchester city centre were switched on on Thursday 9 May, a major milestone in the installation and commissioning of the Tram Management System (TMS). The city centre and Piccadilly is now under the control of TMS following works over the previous two weekends.

Functioning next tram departure screens have now been installed at all the stops in the city centre and there is also one located in Mosley Street so that passengers who previously used the stop here are informed as to whether the next Altrincham tram departs from Market Street or Piccadilly Gardens. 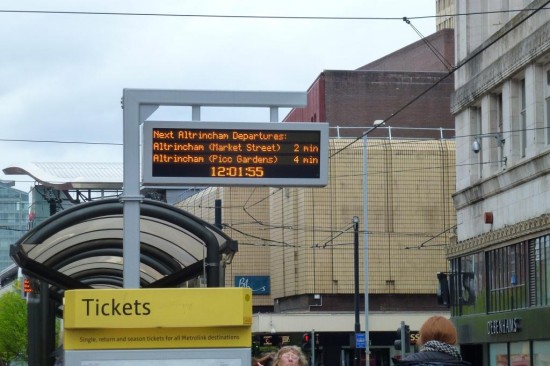 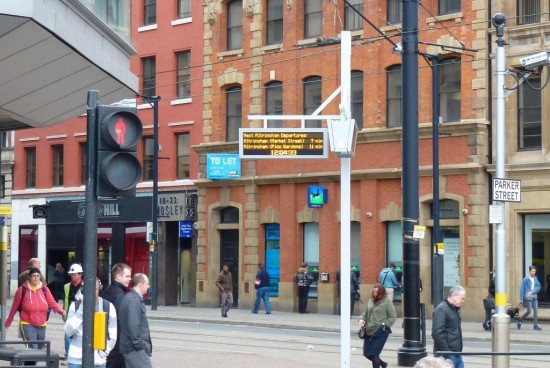 The new displays at Mosley Street telling prospective Altrincham line passengers which stop would be the best to catch their tram from. 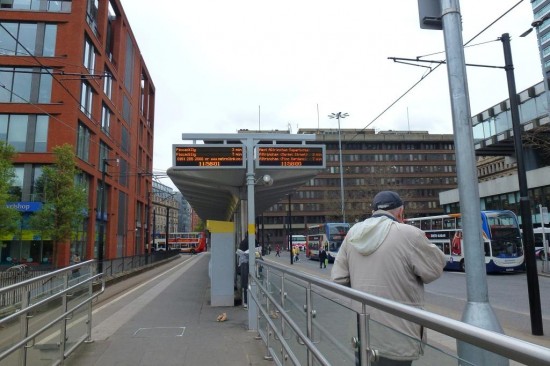 The two displays at Piccadilly Gardens which rather helpfully are displaying the two different formats. On the left it shows all Piccadilly bound departures whilst on the right it has the next Altrincham departures. 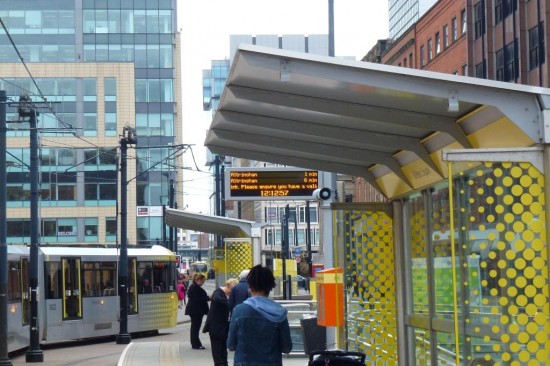 And finally at St Peter's Square we see the two departure format plus a line of information text. This format actually allows for three departures as the second and third can scroll. (All photos: Steve Hyde)