The T68A fleet on Manchester Metrolink has been reduced to two examples following the withdrawal of 2005 from service and it is expected that within the next couple of weeks 2003 will also be withdrawn leaving just 2001 carrying the flag for the T68A fleet.

2005 ran its last services on Thursday 9 May on the Piccadilly to Eccles service and upon returning to depot was officially removed from operational service. It currently remains at Queen’s Road depot where it will go through the usual component recovery programme before being moved over the Trafford depot for further storage ahead of likely scrapping in the future.

The T68A fleet currently remains at two members with 2001 and 2003 remaining operational and available for service on a daily basis. They are likely to see use exclusively on the Eccles line for the time being although 2003’s days are also numbered and this tram is expected to be withdrawn from service within the next couple of weeks. It is still believed that 2001 will remain serviceable for a while longer because of its long periods of time out of service and as a result low mileage. 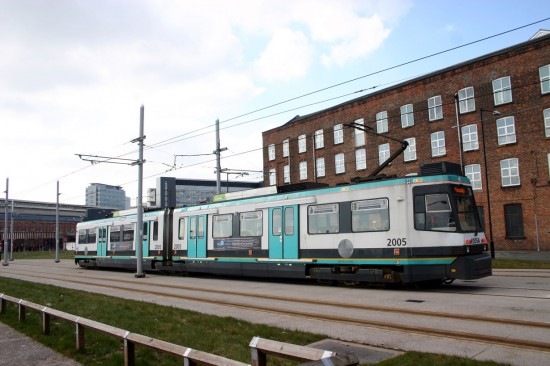 2005 is seen here behind Piccadilly Station on 25 March. It has now become the latest tram to be withdrawn in Manchester. (Photo: Gareth Prior)