Posted on Thursday 11 February 2021 by Gareth Prior

It’s the series where we try to make excuses for bad photography – that’s right its time for another “So Nearly, Not Quite!”.

This time around we are on the Docklands Light Railway and feature an image dating from 6th March 2008 at Tower Gateway. As with many stations on the DLR, since this image was taken the station has been rebuilt but at this time it had an island platform with platforms either side and that’s where our problem is for this attempted photo. The units on the left – 53+22 – are absolutely fine and are in the shot as intended as passengers board for a service which will run to Beckton. But it’s the right-hand units – 78+07 – where the problem lies. Its not the passengers boarding and alighting that are the issue, it’s the numerous canopy supports which get in the way meaning the train set is blocked, except for a small section we can see through the gap. Ah, never mind, better luck next time!

This is not intended to be a big return for this series but as things remain very quiet on the news front and there were still a couple of  articles which had been written the last time we were struggling for content I thought may as well use them! 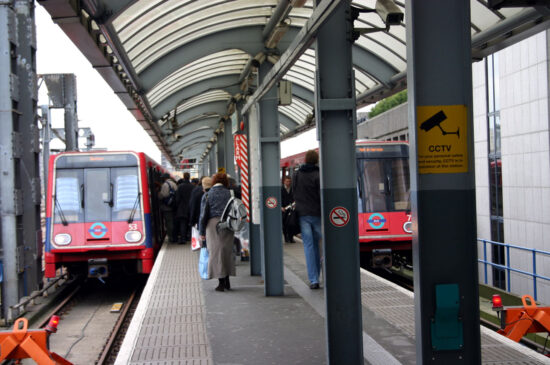