Posted on Thursday 11 February 2021 by Gareth Prior

We continue our way north between Starr Gate and North Pier on the Blackpool Tramway in this latest edition of “Stop by Stop” and come to the final intermediate stop before Pleasure Beach – Burlington Road West.

Burlington Road West is the first stop on the tramway with significantly staggered platforms with the southbound stop further south than the northbound one. The southbound stop is again the more sparsely populated as it is sans shelters but does have the bench and information panel (as well as an overhead support pole right slap bang in the middle of it!). The northbound stop has the shelter as well as information panels and lighting columns. The stop opened on 4th April 2012. 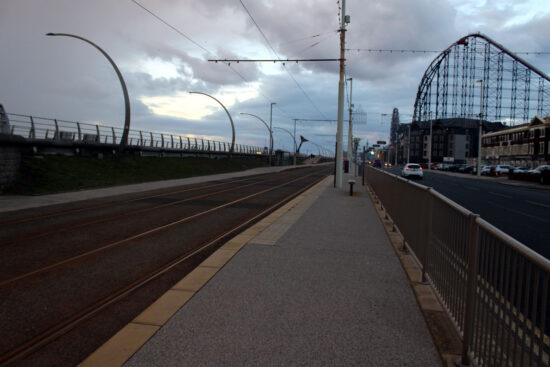 The trouble with staggered platforms is it is difficult to get both of them in to one shot! Taken looking north we see the southbound platform closer to the camera and the northbound one visible in the distance on the left. 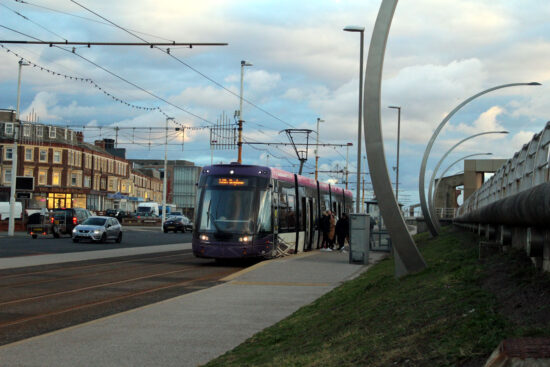 009 has just arrived at Burlington Road West’s northbound platform in this shot. 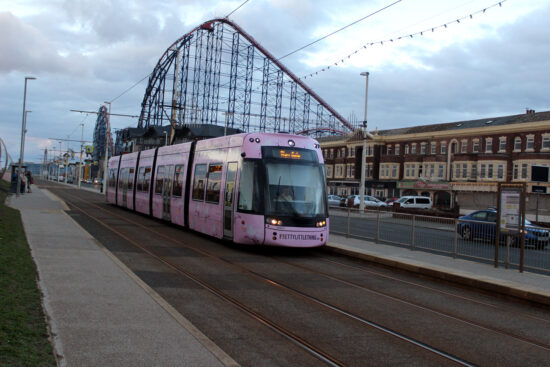 With the northbound platform seen on the left we switch our attention to 016 – in advert for Pretty Little Thing.com – which is just arriving at the southbound stop. (All Photographs by Gareth Prior, 25th September 2020)