Posted on Wednesday 10 February 2021 by Gareth Prior

Today we head to the Lancashire coast for this latest entry into the “Still Standing!” series but its not Blackpool or Fleetwood where we end up but St Annes where an old tram shelter/waiting room is still in place.

The Lytham St Annes tram system can trace its history back to 1896 when a line opened from South Shore in Blackpool to St Annes ahead of an extension into Lytham 12 months later. Originally operated by trams fuelled by compressed coal gas the system was electrified in 1903 and then in 1905 the line was connected to the Blackpool system with through running following. The last trams ran in 1937 but despite the fact it has been over 80 years since that date there do remain some structures which are still standing.

One of these can be found in St Annes Town Centre and is a former shelter or waiting room. It is located at the junction of the A584 Clifton Drive North with St Annes Road West, leading through the square to the railway station in one direction and the pier in the other. The shelter has a handy blue plaque affixed which tells us it was erected in 1918 by the original tramway company (ahead of Lytham St Annes Corporation taking on the system four years later) and was then extended in 1984 (nearly 50 years after the last tram had run of course) when it was being used as an information centre.

It now consists of two similar and connected octagonal pavilions with the original main entrance having the words “WAITING ROOM” engraved above it which also includes the later addition of a clock. The words “BLACKPOOL ST ANNES & LYTHAM TRAMWAYS Co” are also engraved into the stonework above the windows on either side of the door. The buildings are today used as the Clock House Café. 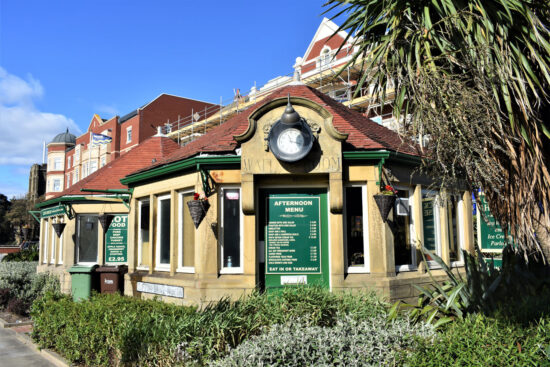 The building today as the Clock House Café. This pavilion is the original shelter as built in 1918 and this would have been the original passenger entrance. Note the “WAITING ROOM” wording above the door and the later addition of a clock. 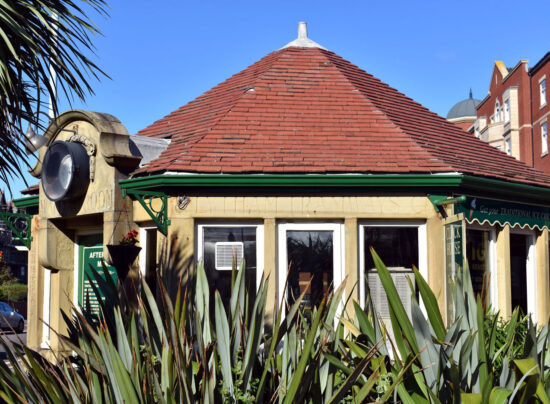 The detail of the engraving can be made out in this photo. As well as the “WAITING ROOM” wording above the former entrance we can also see the second half of the tramway company wording too “& LYTHAM TRAMWAYS”. The “BLACKPOOL ST ANNES” half is the other side of the entrance. 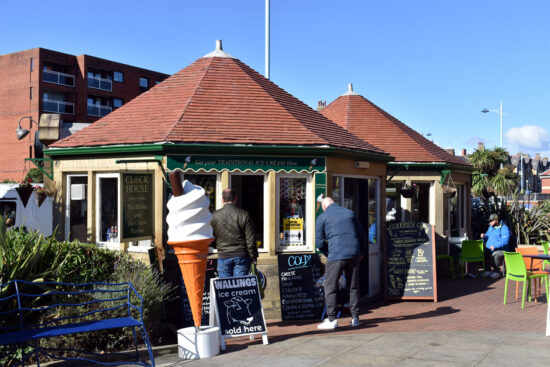 As most people will see the shelter today with the serving window for takeaway. The engraving we saw in the previous photo is visible on the left hand side. There is also seating available inside for those days when the weather isn’t as nice as it was on this day. 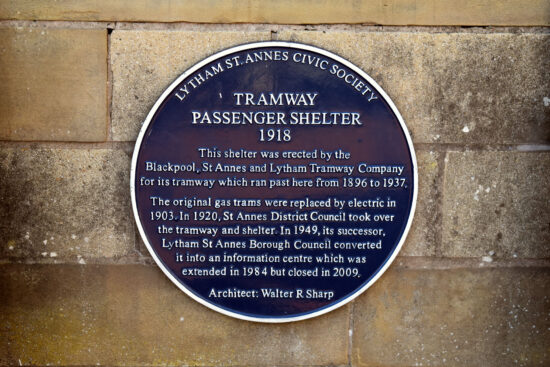 The blue plaque giving some history of the structure. This is located below the serving window. (All Photographs by Donald Brooks, 25th September 2020)