In Pictures: Nottingham Express Transit from above

Posted on Wednesday 10 February 2021 by Gareth Prior

As tram systems become embedded into cities around the UK, photos of the trams in service usually fall into the habit of popular locations plus some shots taken at rarer locations further out of the main centre of operations. So, when a different angle of a popular location becomes available it is always good to take advantage of this and that is exactly what happened in February 2008 when Hazel Quarmby went for a trip on the Nottingham Eye big wheel in Old Market Square. 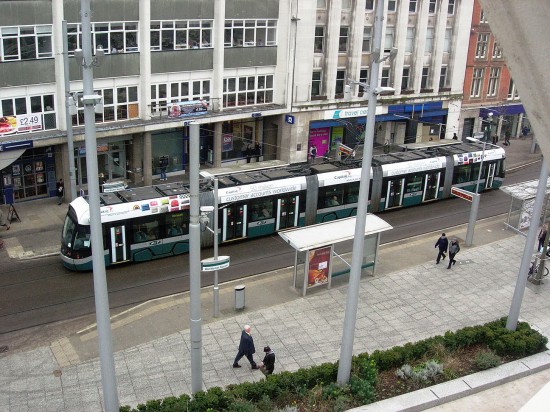 One of the Incentro trams is seen here at the Old Market Square outbound platform. Still in the original fleet livery and with advertising along the entire length of the tram – although not full height on the centre section – the tram, which can’t quite be identified, is operating a service from Station Street to Hucknall. 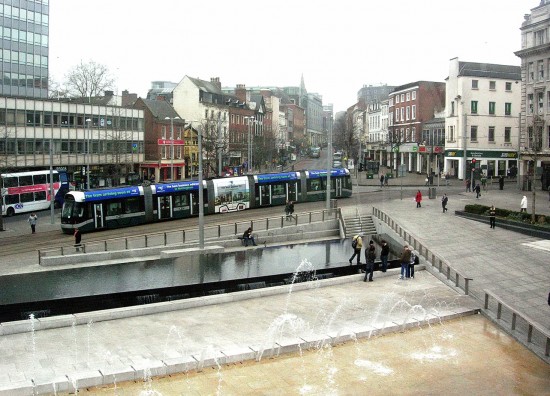 Again, we can’t identify this tram as the end number can’t be seen in this shot, but another of the Bombardier built Incentro trams is running to Phoenix Park as it departs from Old Market Square. The advertising on this tram is for ng2, a location which now has a tram link and at this time the fact that an extension would be built there was part of the advert to encourage businesses to locate there. (Both Photographs by Hazel Quarmby, 20th February 2008)