Taxi takes on tram in Manchester and loses!

On Saturday 27 April a taxi stopped too close to the tram line on Mosley Street in Manchester city centre and ended up getting hit causing significant damage to the road vehicle with M5000 3028 also suffering some damage. According to eye witness reports the taxi had failed to stop behind the stop line when the tram passed by. Pictures from Philip Hart of the aftermath of the incident follow. 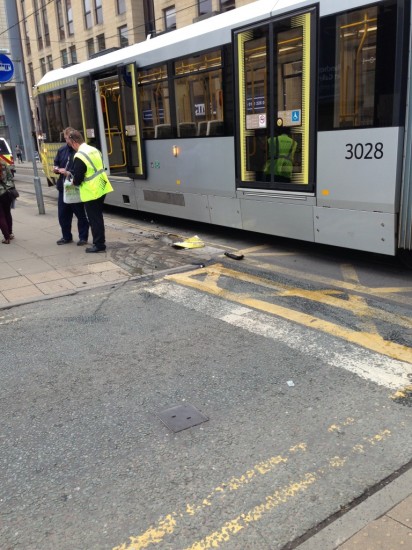 3028 stopped on Mosley Street following the collision. Note that a small part of the tram lays on the ground alongside. 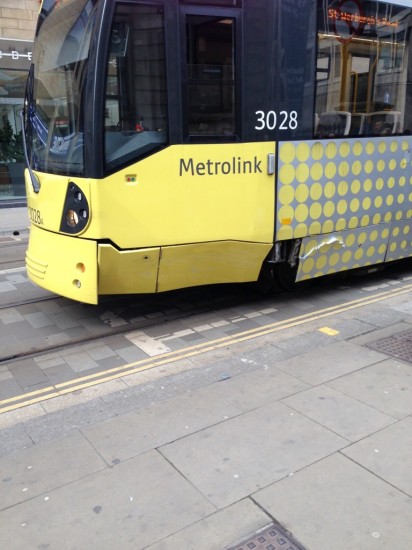 A close-up showing the damage to the front skirt of 3028. 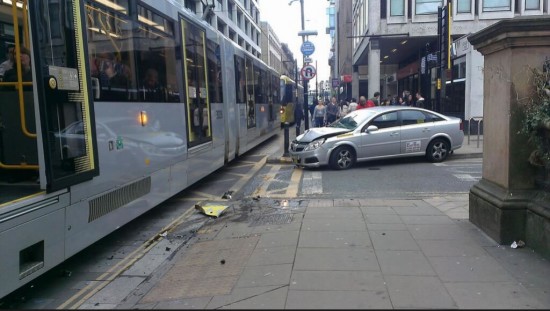 The damage to the tram was nothing compared to that suffered by the taxi as can be seen in this view. The moral of the story - don't mess with a tram! (All photos: Philip Hart)

6 Responses to Taxi takes on tram in Manchester and loses!