Posted on Sunday 31 January 2021 by Gareth Prior

It may have felt like one of the longest months ever but January is finally at an end with one final main site update and more photos from the archive:

There are also photo link updates to the Manchester Metrolink and Stagecoach Supertram Fleet Lists.

And we have updated the Events Diary with some previously announced events (although if you look and think I’d like to go to that please check before travelling as currently everything very much remains closed). 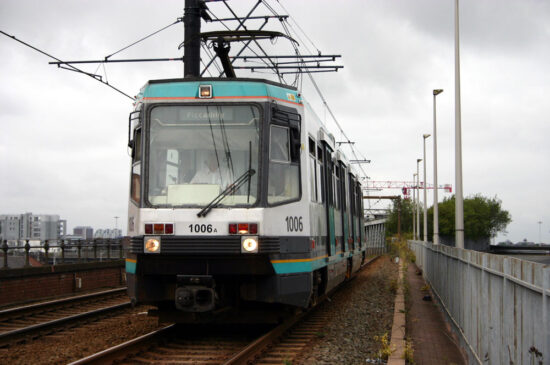 On 5th September 2007 we are at G-Mex (now better know as Deansgate-Castlefield) on the Manchester Metrolink system as T68 1006 approaches the stop with a service which started off back at Altrincham and will run to Piccadilly. (Photograph by Gareth Prior)