Originally opening in 1884 the Saltburn Cliff Lift is the oldest water balanced funicular which is still operational in Great Britain. It links the town of Saltburn with the only pleasure pier on the whole North East and Yorkshire coast with a journey from top to bottom taking just short of a minute. As with many other cliff lifts in the UK it considers itself a tramway and is known as the Saltburn Cliff Tramway on official literature. It has undergone much renovation over the years the latest of which came in 2017/18 when £400,000 was invested into a major refurbishment. But these photos come before that refurb with Keith Chadbourne paying a visit in August 2014. 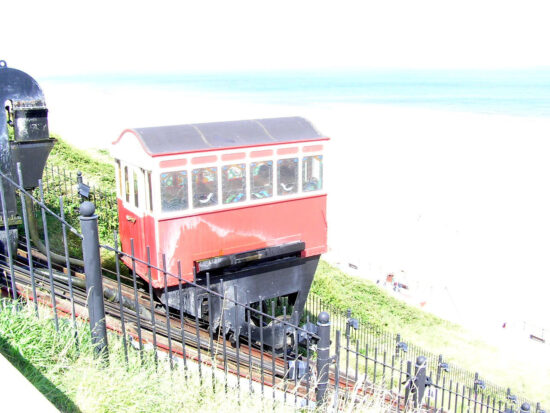 With the North Sea in the background this view shows one of the cars leaving the top. Note the windows on the side of the car. 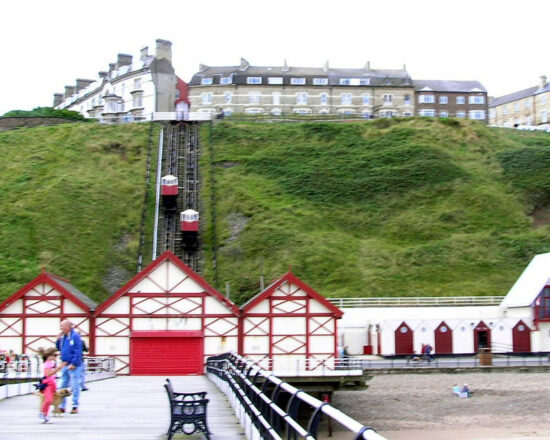 Looking up from the Pier we see the two cars passing on the line. As can be seen there are two tracks. 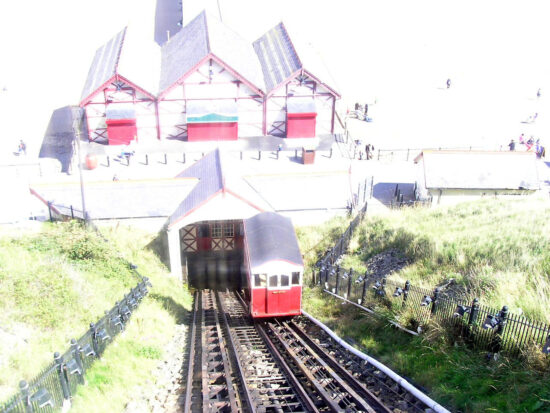 From the top down with this photo taken from one of the cars. 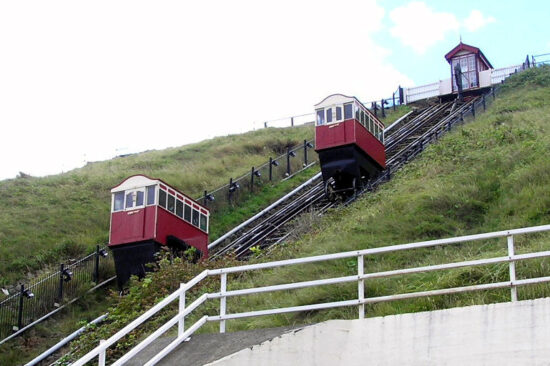 Another look at the two cars as they head up and down the line. 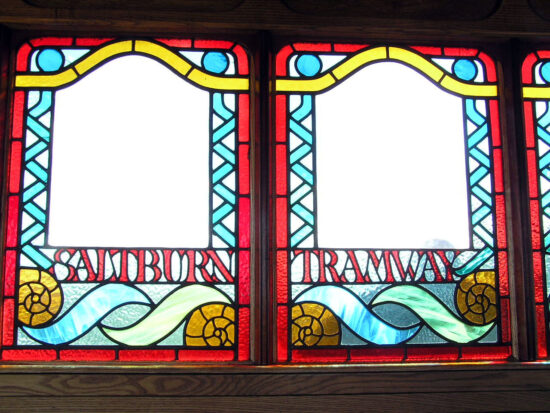