Posted on Friday 22 January 2021 by Gareth Prior

We continue to move through the years at Crich for this latest edition of “Picture in Time” as we leap forward to the 1980s.

It is May 1983 to be more precise and the queue to board a tram seems to be quite long but whether they are waiting for New York 3rd Avenue Railway 674 which is on the track nearest to the camera or something else is unknown. As well as the tram we can see the Assembly Rooms façade and just through the shelter it looks as if there is a bus of some type.

674 has arrived at Crich in April 1970 having been donated to the Museum after a spell of operation in Vienna where it had gone after World War II as part of the Marshall Plan to help get Europe back on its feet. It ran in Austria between 1948 and 1969 having originally had just a five year career in New York from 1939. It would run at Crich initially in its Vienna identity of 4225 before it became New York 674 once more in 1979 and would enjoy six years of running before it became a static display. 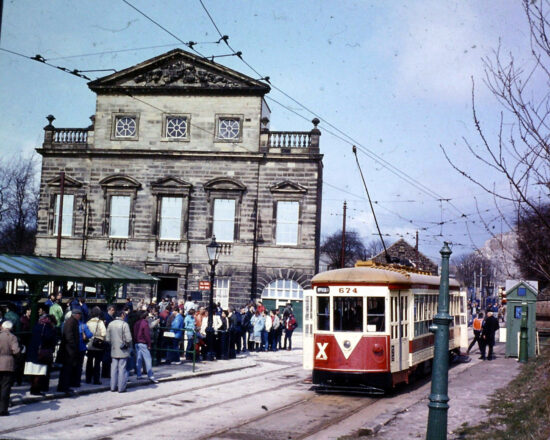