Posted on Thursday 14 January 2021 by Gareth Prior

They may have won the British Trams Online Tramway of the Year for 2020 but the Seaton Tramway are not resting on their laurels as they are already well advanced with their winter maintenance programme. As we reported last year they had permission for the A3052 at Colyford to be closed where it crosses the tramway for a short period and with the track relay here now completed it was able to reopen at the end of Tuesday 12th January. But that isn’t the end of the project as further work is to come.

The track across Colyford crossing was still the original laid 45 years ago when trams first ran that way but has now been replaced and work is now continuing within Colyford Station itself. This will include repositioning the points further back from the road.

Other work will see the signal switches and other electronic controls moved while the overhead will also receive attention. Two new overhead poles have already been erected and these will replace four which have been used previously.

The work will be continuing over the next few weeks with an aim for it to be ready for when the 2021 season starts – which is currently scheduled to be 1st April. 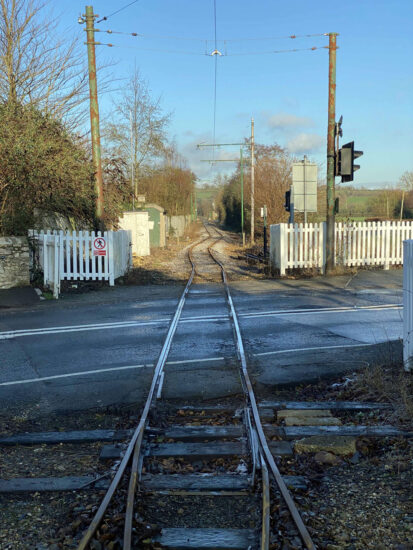 The crossing before the work had begun. 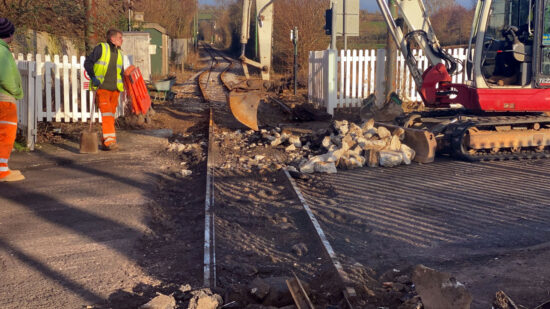 Work underway on the crossing. 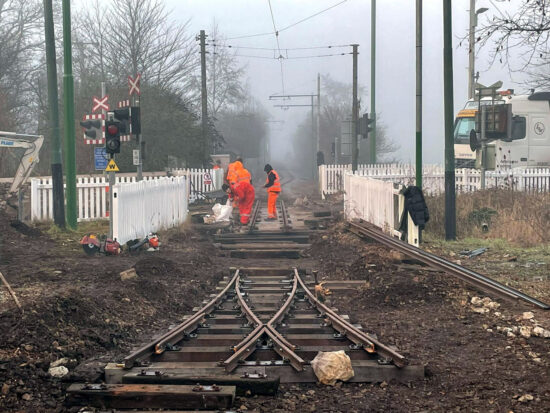 Looking from Colyford Station with the new points in the foreground. 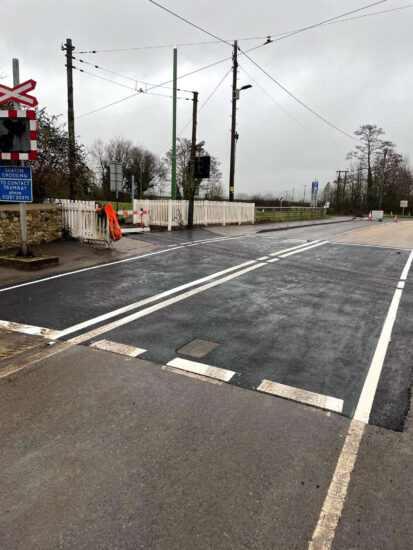 The crossing now completed and open for traffic once more. (All Photographs courtesy of Seaton Tramway)