Posted on Thursday 31 December 2020 by Gareth Prior

Our last article of 2020 is upon us as we now reach the centre of Clifton in our look at the stops of the Nottingham Express Transit Clifton South line with the appropriately named Clifton Centre stop.

The tramway continues to follow Southchurch Drive and then arrives at Clifton Centre which gives us a bit of variety as instead of the two platforms either side of the tracks it features an island platform. This stop also opened on 25th August 2015 and the platform has everything you expect from a stop on NET. 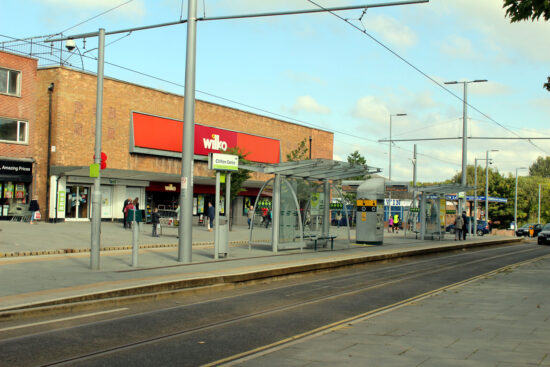 We’ve featured an old Wilko’s store being demolished extensively over the past few months but beyond the island platform at Clifton South we get to see a fully open and intact store! 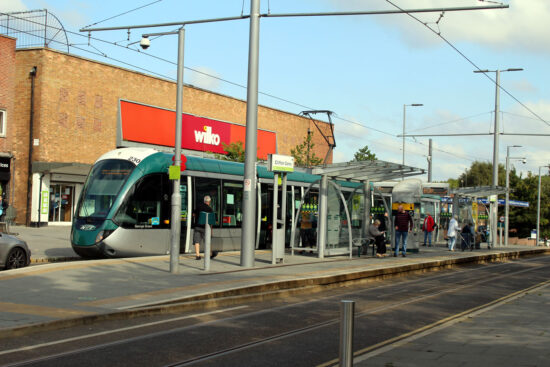 With the island platform at Clifton Centre there is no way for cars to pass trams at the stop as seen here with a silver car waiting close behind 230 as it stops on the way to Phoenix Park. 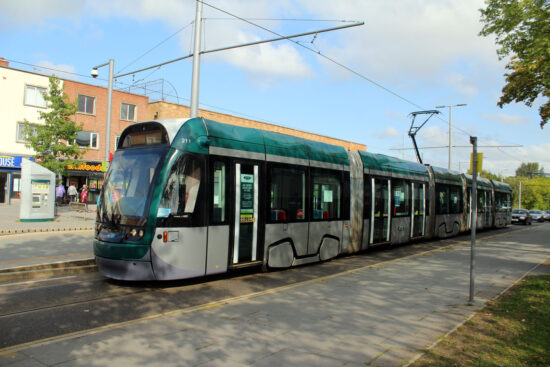 211 departs from Clifton Centre for Clifton South. Note the ticket machine on the far side on the main pavement outside the stops. (All Photographs by Gareth Prior, 19th September 2020)