We’re going inside for this latest edition of “Trams &” as we feature Manchester 173 before it was moved to the Heaton Park Tramway.

Manchester 173 – an open top double deck tram which is due to be the next major project in the workshops at Heaton Park once Blackpool 619 is completed – was on display at the Greater Manchester Museum of Transport at Boyle Street until December 2013 when it made the move to Heaton Park. Whilst at Boyle Street 173 was surrounded by lots and lots of buses of which we can see five here (as well as a couple more half buses cut off by the framing of the shot). The date of this image was 20th November 2010. 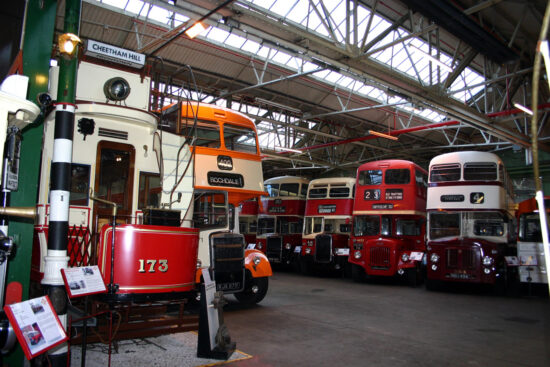