This was a very rare open day allowing the public to see these trams and is in fact the first time the workshop has been open to the public since they were moved there in 2011. Visitors to the Festival could see the current state of the three trams with 11 – a domed roof double decker – the most advanced of the home trams in its restoration with it said to be 80% complete. 38 is a long-term project but remains unrestored currently whilst the Lisbon tram would be able to run tomorrow although that won’t be happening in the UK as unlike Birkenhead’s Lisbon car 730 it has not been regauged. It was also possible for members of the public to get on board both 11 and 715 to see the interiors of the trams.

Externally 11 is substantially complete although some finishing touches are still required including the fitting of some panes of glass. The tram carries the standard Southampton
tram livery of red and white and work is currently being undertaken on the finishing touches of the livery. Internally both staircases are in place and the seating is installed on the lower deck but remains to be fitted upstairs.

The Southampton Maritime Festival is at Ocean Cruise Terminal, Dock Gate 4 and continues on Monday 6 May between 1000 and 1800 and away from the trams there are a number of boats on display including the Steam Tug Challenge and the SS Shieldhall. There are also other heritage vehicles including a Sentinel steam wagon on display and plenty of activities to keep the whole family entertained. Tickets cost £6 on the gate and for those travelling from Southampton City Centre there is a free heritage shuttle bus running every half an hour. 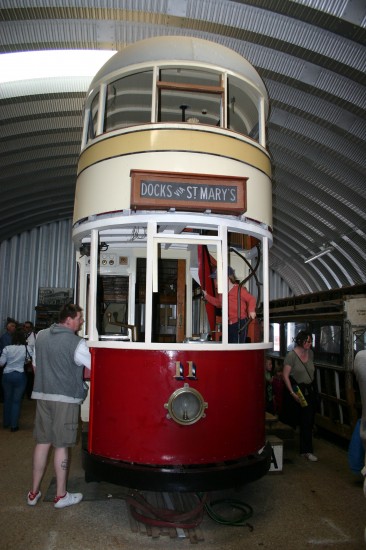 Southampton domed roof tram 11 seen head-on on 5 May during the Southampton Maritime Festival. 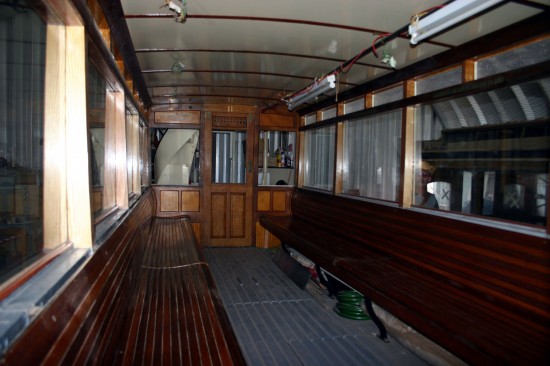 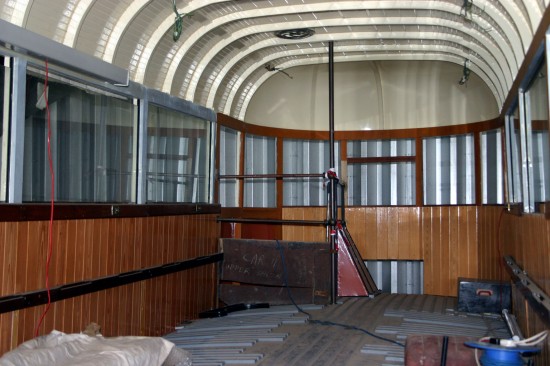 The upper saloon of 11 with the domed roof clearly evident. 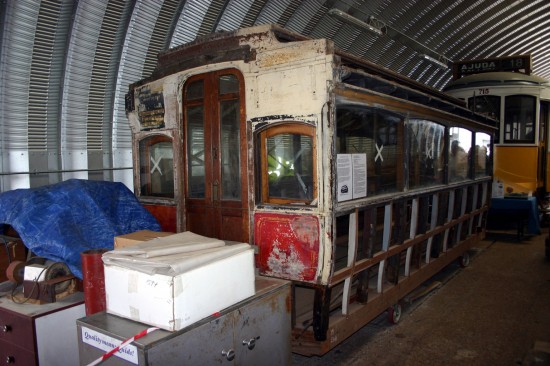 The other Southampton tram in the workshop, 38, is also seen on 5 May. 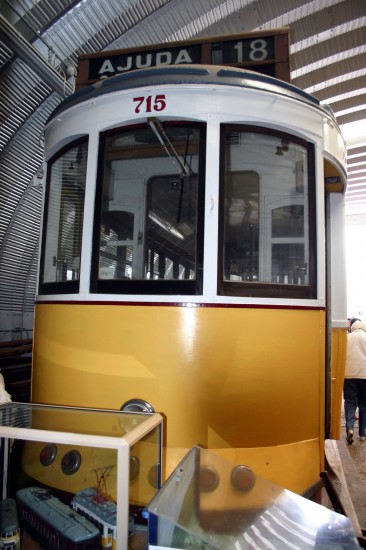 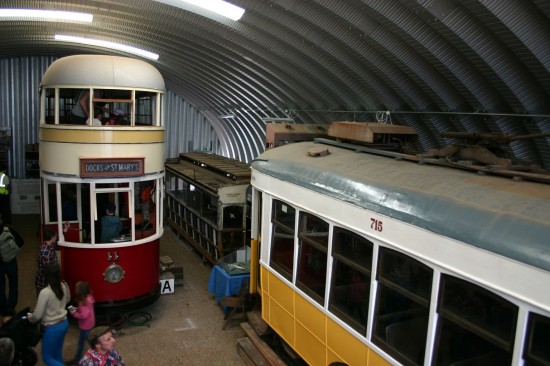 A general view of the three trams taken from a handy platform which was probably actually there for the adjacent boat being restored but serves this purpose just as well! (All photos: Gareth Prior)

This entry was posted in Southampton Tram Project. Bookmark the permalink.