In Pictures: The continued demolition of Wilko’s in Blackpool

Another week and another update on the demolition of the former Wilko’s store in Blackpool, which is still steadfastly clinging on although once again more of the structure has come down over the past seven days. The project timeline shows that the building’s demolition is due to be finished by the end of the year and with the continued progress seen in the below photos it would seem to be on target for that! 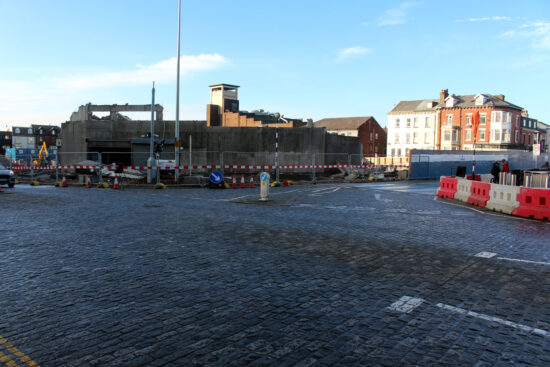 The first thing you notice from this shot from outside Sainsbury’s is that the long standing adverts have finally been removed! No longer advertising the changes coming to Blackpool more of the building has now been demolished with just this small corner of the store now still standing. 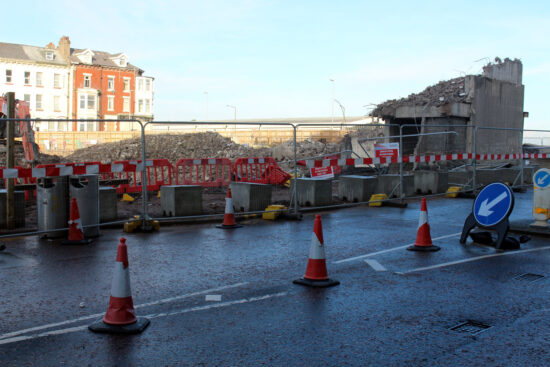 The side view again shows the good progress being made with a lot of rubble now on the sit where once there was a building! 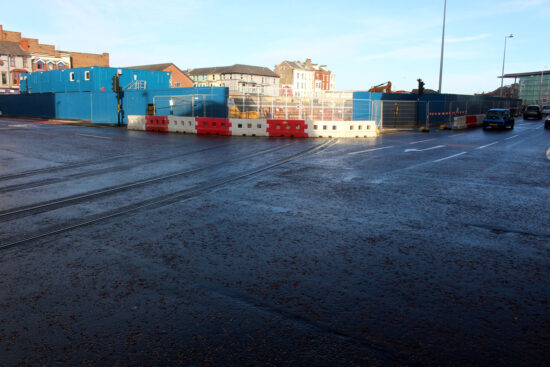 And this week’s final shot is along the route of the tramway into the site. Don’t forget in the future this will be where trams will come to their new terminus! (All Photographs by Tony Armitage, 5th December 2020)