Its been a while since we’ve included an update on the relaying of the Douglas Bay Horse Tramway but we change all that today with a photographic look at what has been happening on Douglas Prom recently. As we’ve reported over the past few months the already controversial project to redevelop Douglas Prom has run into more trouble with the Department of Infrastructure admitting it is unlikely to be completed (or at least as far as the revised plan had said it would be) by March 2021 and it remains unclear whether horse trams will resume operation at the start of whatever tourist season there may be next year.

So far the part of the overall project which interests us in regards to the horse tramway is the relaying of tracks along the centre of the road as far as Broadway at which point the double track as it crosses the sea side of the Prom is also being put down. It is from there down to the Sea Terminal that isn’t yet being laid with this expected to follow next winter, although no confirmation of the exact timelines as yet.

Its not known when the horse trams may return to service and with it announced this week that the Isle of Man TT races for 2021 are being cancelled it may be that a further truncated tourist season could see the chance taken for further work on the horse tram tracks. But that is all conjecture and for now all we know is that some track is down and there is more to come! 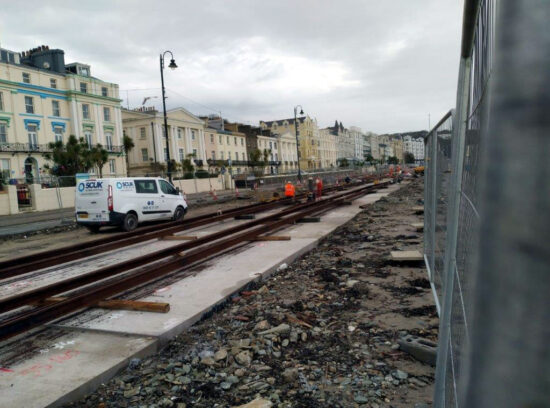 This image shows the already thermit welded rails on top of wooden blocks waiting for laying on the final surface. 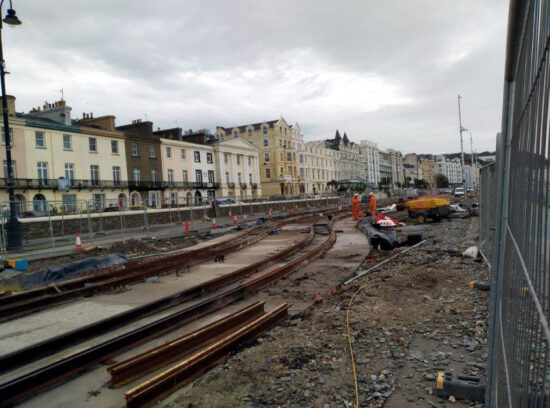 This is the double track section as it crosses from the centre of the road to the sea side of the Prom at Broadway.

A closer view of the reverse curve as the track starts its move from the centre of the road. 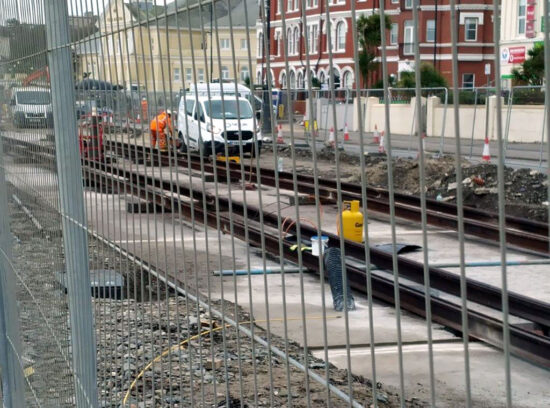 A look at more track waiting to be fixed to the surface. This is short to the north of the Villa Marina. 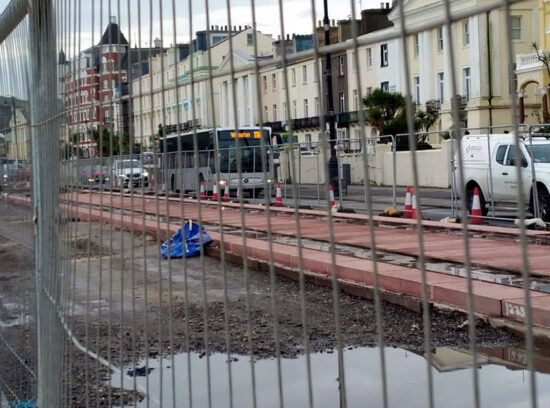 The tram corridor will receive a pinky red top surface as we see in this view. The laying of tarmac between rails is still awaited. (All Photographs by Geoff Pickles, 1st December 2020)