In addition to the major rail replacement works currently taking place around Crystal Peaks on the Blue route the weekends of 19th/20th and 26th/27th September have seen extra works taking place around Hillsborough (weekend one) and University (second weekend). Described in various publicity as essential track bed maintenance and repairs to the concrete track slabs, the work has only involved a small section of track but has seen trams on both the Blue and Yellow routes unable to run beyond Cathedral to either Malin Bridge or Middlewood. Stuart Cooke captured the following shots of the work on the first weekend. 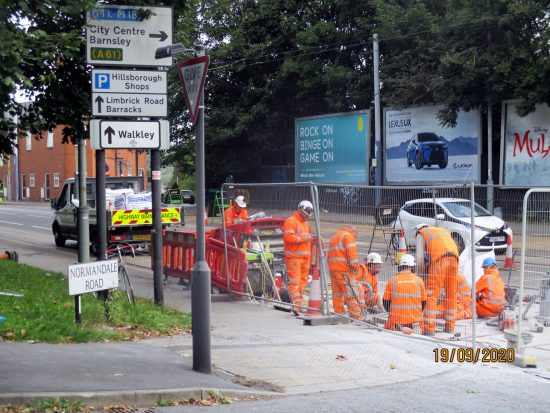 It may have only been a short section of track being attended to but it still needed quite a large workforce! 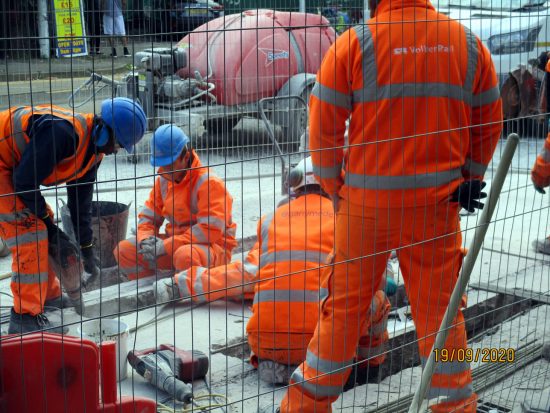 Work continues on the track. 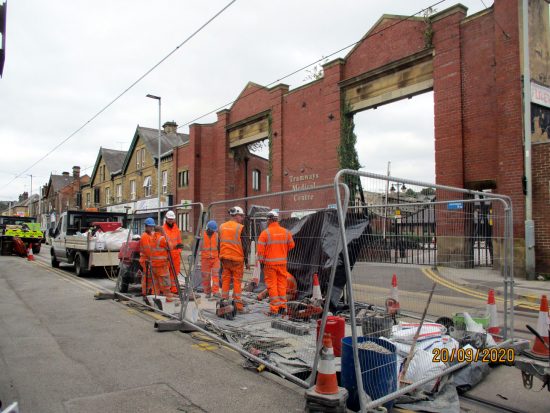 Second day of the weekend and at Hillsborough where the work is nearly finished. 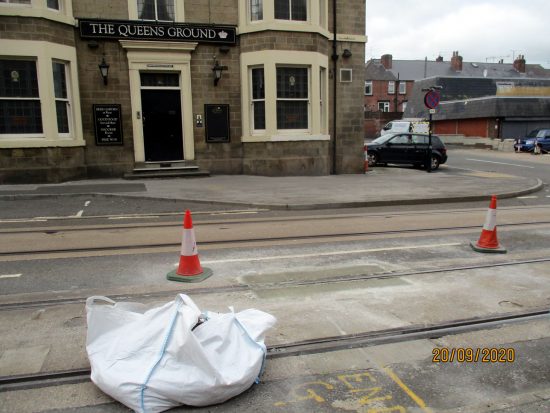 The aftermath of the work. (All Photographs by Stuart Cooke)