Posted on Tuesday 25 August 2020 by Gareth Prior

In this latest look at surviving first generation tram structures we are in another northwest city, this time its Preston as we take a look at Deepdale Road Depot, a structure which still houses public transport albeit buses instead of trams.

A tram depot was first constructed on this site – Deepdale Road in Preston, close to Preston North End’s historic football ground – in 1904 and was built at the start of electric tram operation with various changes made over the years of tramway operation until the last tram ran in 1935. Buses were first housed on site from 1922 with half of the tram depot being given over to buses in 1933 (as well as other buildings having been erected in the meantime).

The original depot was set back a little from Deepdale Road but the road layout was also different at that time. Today Holmrook Road forms a T-junction with Deepdale Road directly opposite the tram depot, but in 1904 it continued across the road. Access to the original depot was from this now-closed section of Holmrook Road and it was only around a decade later that an extension was built that included the stone frontage that can be seen on Deepdale Road. This included a new central entrance for trams directly off Deepdale Road, though access for trams to the earlier section remained separate from the side.

After the last tram ran on the Fulwood circular route in December 1935 the depot was converted fully for the use of buses and it has remained thus throughout the following 85 years. As with some other buildings we have seen in this series the building remains in use for a purpose remarkably similar to its original – as a bus depot for Preston Bus, in fact up until 1993 when the bus company was sold to a management buy-out it remained owned by the Council.

The frontage of the depot looks much the same today as it did at the start of the First World War but despite its historic interest it is not a listed structure. Unlike a lot of buildings we have featured which still proudly show their provenance with Corporation crests and flagstones there is no such acknowledgement at this depot.

With thanks to Donald Brooks for information contained within this article. 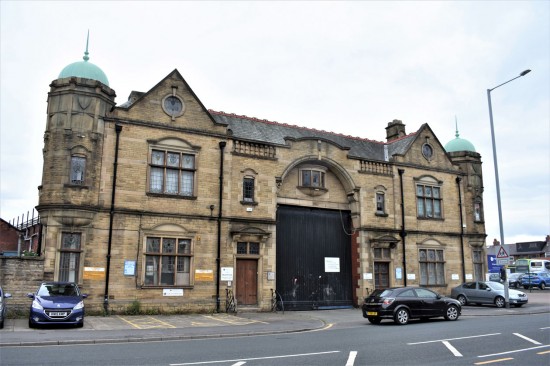 The Deepdale Road frontage of the depot. Trams entered the front section, the 1914 extension, by the imposing central doors. 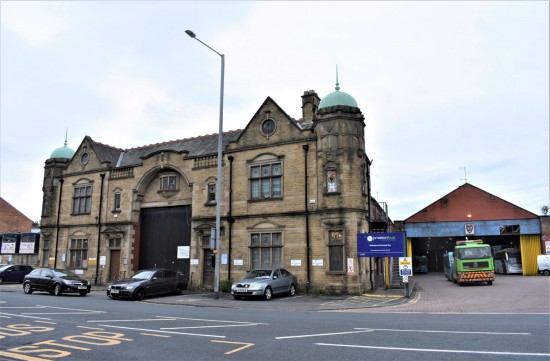 The depot from what is today the bottom of Holmrook Road, which used to continue along the side of the main building of the depot. The extension on the right, with the concertina-style yellow doors, blocks off the original route of Holmrook Road and was built for buses in the 1930s on the side of the earliest section of the tram depot. The entrance for trams to the original section would have been just inside the extension. 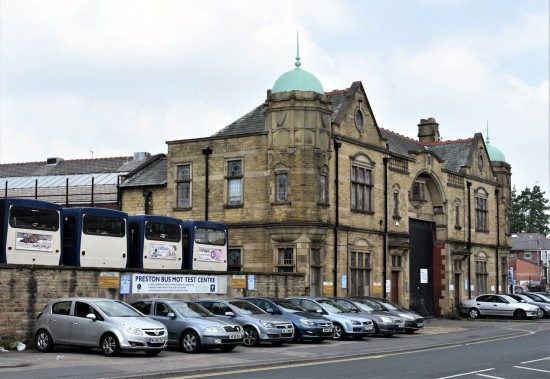 The depot building was quite ornate, with twin cupolas, stained glass and decorative stonework. Could the blank shields towards the tops of the towers have been originally intended to carry the Preston coat of arms? 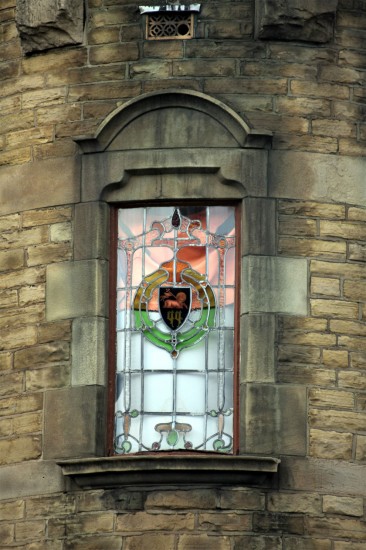 Detail of a window on one of the towers, showing the reversed Borough coat of arms in stained glass. 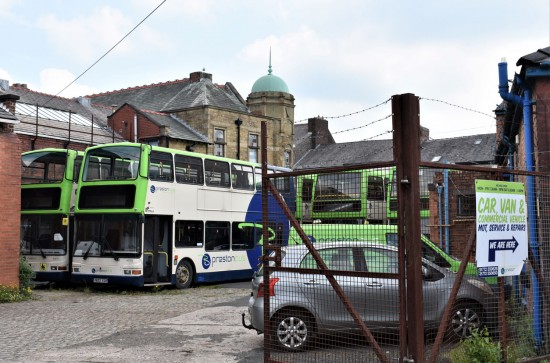 The rear and side of the depot from Argyll Road, showing how the stone office building joined on to the brick walls of the part of the depot where the trams were stored. 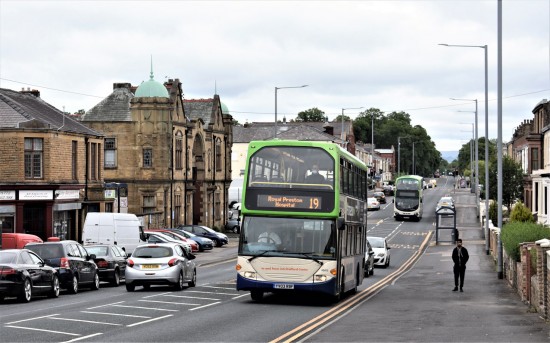 The depot in context, looking north along Deepdale Road. Despite the destination display, the bus on Route 19 is actually heading in the opposite direction, away from the Royal Preston Hospital and into the City Centre. The fact that the passenger on the top deck, quite probably the sole passenger on the service, is wearing a facemask provides a clue as to when the photo was taken. (All Photographs by Donald Brooks, 3rd June 2020)