So Nearly, Not Quite! Edinburgh Trams 257

Once more we take a look at the less perfect photo, this time we find ourselves north of the border in Edinburgh.

It would appear that Edinburgh Trams 257 has been imprisoned in this image as its behind bars! In an attempt to try something a little bit different this photo was taken but the bars in the foreground have dominated the scene a little bit too much becoming the focus of all attention as the tram heads away from the stop at Murrayfield (the stadium seen top right of the shot) on its way to Airport. The back of the tram is also blocked quite severely by the various railings in the way. The date is 4th July 2015. Ah, never mind, better luck next time! 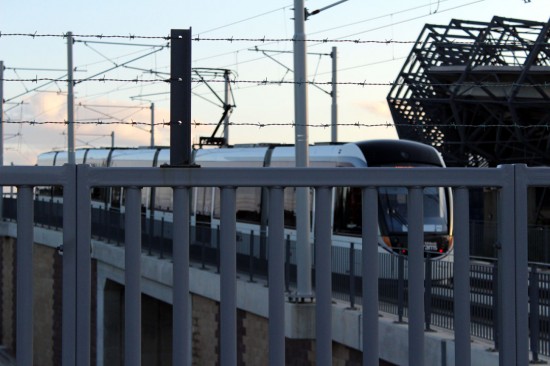