Picture in Time: Swansea and Mumbles 2

The first thing looking at this photo you notice – once you ignore the vandalism, of course – is the sheer size of Swansea and Mumbles 2. The Swansea and Mumbles cars were the biggest first generation electric trams anywhere in the UK with seating for 106 passengers. The line was only electrified in 1928 and 2 was one of 13 trams built by Brush for this innovation; they only had doors on one side and many photos of the time show they often ran in pairs giving accommodation for 212 passengers, not far off what we expect on a modern tram and they definitely aren’t all seated! The line closed in 1960 and 2 was preserved moving to the Middleton Railway where it too suffered from vandalism and was finally destroyed by fire in 1965.

This view is taken in the early 1960s and shows a group of enthusiasts inspecting the car at the Middleton Railway. 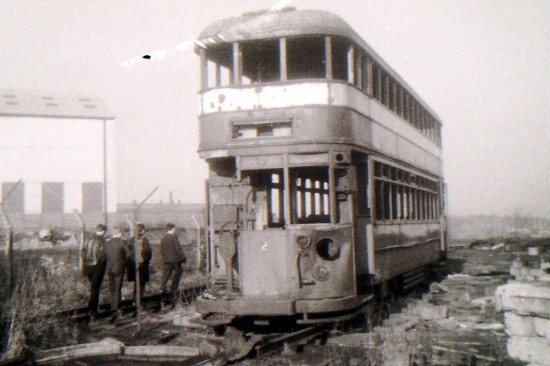 2 Responses to Picture in Time: Swansea and Mumbles 2